Originally published in the Spring Summer 2012 edition of Boards print magazine, a collection of British windsurfers recount the first time they mastered one of the windsurfing must have moves, the carve gybe.

My first carve gybe was around the rescue platform in Dahab, in the winter of 2006 while my brother captured the whole thing on video! I think I had been having problems with the step and the rig flip, doing them together instead of one after the other, therefore dropping off the plane and being totally unstable when trying to flip the sail. Counting out loud between the step and flip really helped with this, and made me hold onto the rig for longer before I flipped it. When I sailed out of the first gybe I was overcome with amazement, plus a little relief!

The carve gybe had always been the ‘elusive’ move I had wanted to learn from about the age of 11. I remember spending years engaging the inside rail, getting the board to carve a little bit and then flailing the rig, limbs and board in an effort to come out dry, thinking this was a carve gybe. This changed when I got a few helpful hints down in Coverack, Cornwall. The big thing that made the move ‘click’ for me was vision. It’s really easy to say “yes I’m looking through the turn”, but it was only when I fully exaggerated the vision, looking right past the end of the boom that my foot-change and rig flip became so much smoother. It felt amazing, and still one of the biggest buzzes I have ever got from windsurfing.

My first carve gybe happened when I was sailing at ‘Speedy’ in Dahab a week ago. I was on my 4.7 Ice and my 99 litre Chilli. It was the first windy day since I arrived in Dahab the week before and even though it was a bit off and on, it felt good to be powered up when I hit the gusts. I hadn’t been trying carve gybes that long and it was something I wanted to crack quickly too open the door to more carving manoeuvres. My main issue when learning was keeping my weight forward allowing the board to stay flat through the turn, instead of almost sinking halfway round due to my weight being to far back. Unfortunately my first one wasn’t caught on camera, but I was sailing with friends who witnessed the historic moment. Like many manoeuvres in windsurfing, it can take a lot more work to get them completely consistent, and I’m still working on getting my carve gybes to this standard. But that first feeling you get from bearing away into a carving turn, and the feeling when you finally get your first carve gybe drives me forward to continue learning.

I had happily entered myself into the first youth ‘freewave’ camp at Christchurch with the rest of Team AirBorn when it suddenly dawned on me one of the prerequisites for the camp was to be able to carve gybe! “CR*P!” there I was studying a Jem Hall article on how to Vulcan and it hadn’t even occurred to me that I had to be able to carve gybe! The next few days quickly turned into a case of do or die as the last thing I wanted was to be booted out of the camp (in front of the lads) for not being any good! It was a super warm summers day down at Daymer bay (on the Doom bar side) and the outgoing tide meant the bay was waist deep and flat producing ideal carve gybing conditions. My dad was stood in the water taking pictures of my brother and I windsurfing, whilst at the same time doubling up as a very handy gybe mark. Convenient as it sounds it soon became annoying as with every failed attempt I went round him he would shout, “faster, get low and lean further forward!” For about an hour I thought my dad was a bossy, know it all, loser, who simply didn’t understand! Unexpectedly though it all suddenly clicked when, to prove a point, I threw myself as far forward as I could whilst going as fast as possible and in doing so, fully expected to crash and give my dad the ‘idiot’ look that kids do so well. However in attempting to over exaggerate, I adopted the correct stance and burned through a perfect carve gybe to come out planing! I had made it, my dad was a total LEGEND and what’s more I wouldn’t be kicked off the camp; AMAZING!

George Shillito – BWA competitor and man in the know at the Polkerris Beach Co.

I’ve got to be honest and say I don’t remember my first gybe, but I do remember my first planing one. I used to watch Peter Hart’s “Towards the Limit” video all the time and there is a section in that which breaks down two of Bjorn’s slalom gybes. One where he is overpowered, needs to dump the power and therefore lays it down, and one where he keeps the rig forward and uses all the power to drive the board through the turn. This second one was the key for me and when I tried to emulate it, suddenly I held my speed all the way through the turn and came out fully planing. It probably looked nothing like Bjorn’s version, but in my head it was exactly the same!

The full issue of the Spring Summer 2012 Boards Annual is still available for purchase here. Every windsurfer needs to be relatively fit for the demands of the sport; in an ideal world we would have exceptional balance and stamina and... The SWA PlymEx Cuave took place on 8th-10 February in and around Plymouth, with conditions to suit all levels and an epic party there was...

Every windsurfer needs to be relatively fit for the demands of the sport; in an ideal world we would have exceptional balance and stamina and...

The SWA PlymEx Cuave took place on 8th-10 February in and around Plymouth, with conditions to suit all levels and an epic party there was... 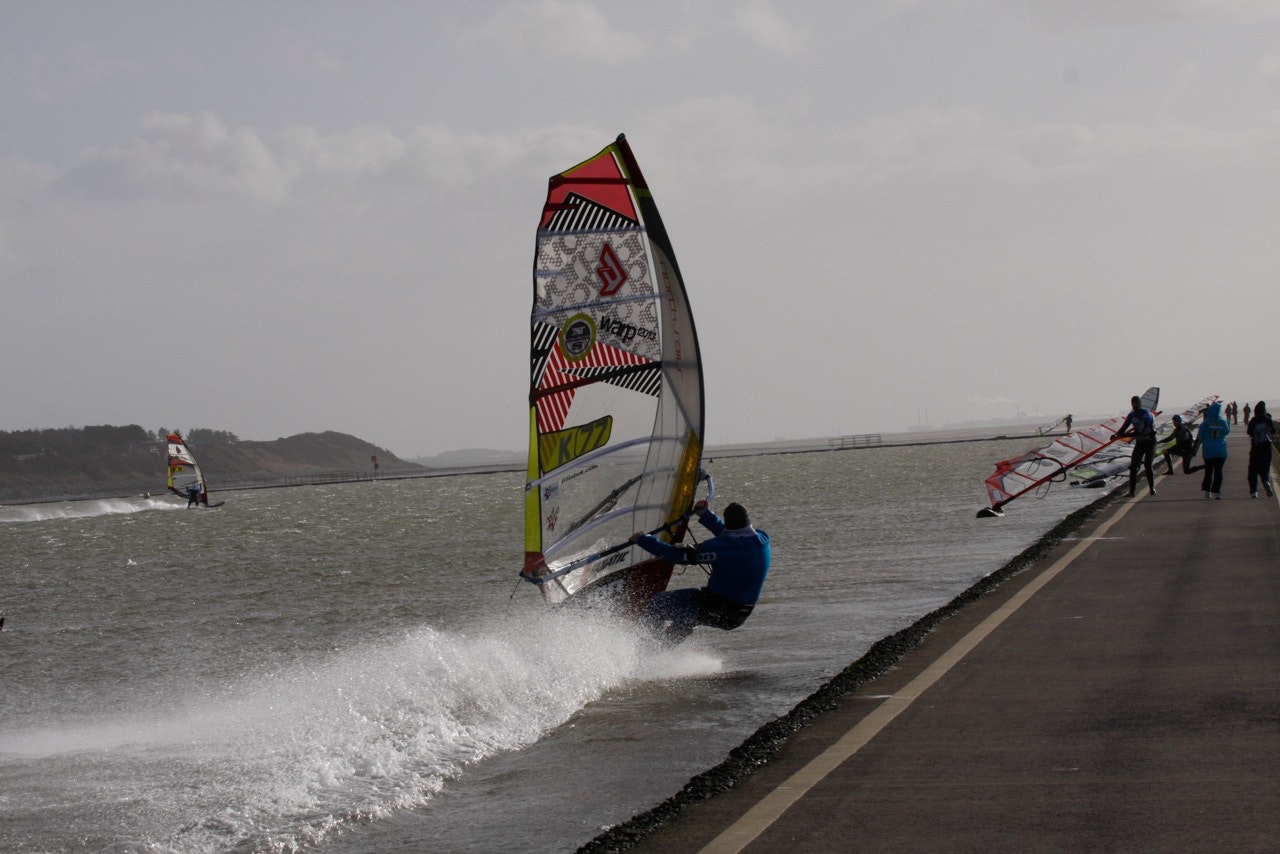 Defi Wind recently opened up entry for one of the biggest windsurfing competitions in the world. where hundreds of windsurfers descend on the south of...

Lucy Robson, one of the top competitors on the BWA tour, has now settled into live in Fuerte and as you can seen from this...