The SWA PlymEx Cuave took place on 8th-10 February in and around Plymouth, with conditions to suit all levels and an epic party there was plenty of fun to be had as Jo Wright reports.

Exeter University windsurfing club teamed up with Plymouth University’s club to not only offer the second round of the SWA Puravida wave series, but also two days of tuition at Sibleyback Lake for all budding beginners and intermediates. As a result nearly 100 students descended on Plymouth to enjoy what was set to be an epic weekend!

Liverpool University won the award for commitment to the SWA, enduring a grueling 7-hour journey down on Friday evening. However, this was all blissfully forgotten as everybody caught up after the long Christmas break and danced the night away at Bang-Bang.

Saturday morning came round a little to early for some. Jim from Puravida had given the call for all wave sailors to head to the Bluff for 11am, whilst everybody else went to Sibleyback Lake. The wave sailors were met with an overcast sky, low winds and no sign of any descent swell, so this twinned with everyone’s hangovers resulted in a pretty low mood at the beach. However, spirits were lifted when Jim, Sarah Bibby, Stefan Hilder and Ian Ross provided an interesting talk including board design, fins and kit choice, which we all found extremely useful. With the wind showing no sign of improving, Sam Ross and Luke Green from Tushingham stepped up to the plate and tempted everyone into their wetsuits with the promise of a one-design windSUP competition with prizes provided by Tushingham.

17 competitors took to the water and with the help of the increasing sized waves, an enthusiastic commentary from Sam Ross and a bit of friendly competition; everybody was having a great time. Due to the incoming tide, we moved the competition round into the river mouth where we were met with some pretty meaty waves. Shapes were being thrown left, right and center on the SUPs and the final came down to Louis Morris (Bristol), Tom Firth (Cardiff) and Jo Wright (Exeter). Jo was suffering from a knock to the head sustained during a washing machining in the shore-break during her semi, so it was a two horse race between Tom and Louis. Tom caught the bigger waves and impressed the crowd with some death-defying moves to clinch the win.

During the ladies final, argued by some to be highlight of the competition, the biggest sets of the day came through. Rachael Ince (Exeter) risked all to catch the wave of the day, even slicing her lip open in the process to take the win over Jo and Charlotte Stokes (Southampton).

“10 knots of wind and small waves might not sound like the most epic conditions for a wave competition but the SWA crew made the most out of it on Tushingham 5.2 Edges and Starboard Wind Sups, after some early heats that had light wind freestyle on small waves winning through the pushing tide gave us some great punchy waves to play in. A great crowd added to the atmosphere and it was fantastic to see the ladies steel the show when the conditions hit the best in their final Rach Ince picked up the wave of the day”.

Not to be out-done, the lake goers enjoyed all that Sibleyback had to offer including beginner and intermediate tuition, wakeboarding and SUPing. Simon Garrod-Bell (UWE), made the most of the light winds even managing to get up on the plane, much to his delight! This was the first time activities had been offered for beginner/intermediates sailors at an SWA wave event and was down to the tireless efforts of the Plymouth University committee, who did an awesome job.

Everybody heading back to Plymouth enjoyed some pizza, doned their double-acts fancy dress (think Bill and Ben, 118, 118 and the Chuckle Brothers) and headed down to Plymouth’s Students Union to enjoy live music courtesy of James Bates, share stories of the days events and out-do each other on the dance floor.

Sunday offered a much more promising forecast, so everyone travelled back to the Bluff for 10am. A similar set of conditions to Saturday morning greeted us but Jim and Ian promised better conditions were on the way and ensured we were all rigged and ready to go. At around 12.30, the wind finally came and with the in-coming tide the waves were improving too, so the heats were drawn and everyone took to the water.

The judging team made up of Sarah, Stefan and Ian commented on the high level of skill shown by all sailors. Due to the onshore conditions, they were judging two wave-rides and one jump. The girls were thrown into the mix with the guys, which definitely helped push their level. In the end the women’s result stood with Charlotte Stoke taking 3rd, Rachael Ince showing off the skills she learnt in Tenerife to take 2nd and Jo Wright taking 1st.

The overall result was an extremely tightly fought affair with Will Jones (Cardiff), Mike Ellis (Southampton), Jony Price (Cardiff) and current tour leader Ben Page (Southampton) all making it through to the final. Will was competing on Starboard’s 2013 87 Quad, putting it to great use, nearly landing a few back-loops. However, he couldn’t quite find the consistency he had shown in earlier heats, so took 4th in the final. Mike showed how all his recent time on the water is paying off with a great forward off the lip and some solid wave riding to take 3rd. Jony who has just returned from his storm-chaser mission to Ireland, stole the show when it came to wave-riding, achieving the highest wave score of the day to take 2nd. Ben put in a stellar performance throughout all of his heats and after pulling off the forward and the day in the final and showing some great wave riding skills, he took a much deserved win.

“I think the level is good this year, it always fluctuates and the guys this year have a lot of potential, the conditions were very tricky and the top guys stood out, making the most of what was available! I would say the results reflect the stand out guys – Ben Page, making sure he got a clean forward in each round, Jony Price for his wave riding in very hard conditions, in the girls Jo Wright for her wave riding, holding her own against the lads in a hard heat!”

Prizes were in abundance as a result of some generous sponsorship from Silverstick, SUPboarder, Spartan, Supersaturated and Sails & Canvas (a company making bags from recycled retro windsurf sails). The success of the event would not have been possible without the continued support of Jim from Puravida who is not only the main sponsor of the series, but also organizes the safety cover for our events, decides the best beaches to run from and organizes the judging. Also big thank you to Sam Ross and Tushingham for their continued support, as well as Plymouth and Exeter University and all our lovely sponsors. It would not be possible without you!

We look forward to seeing you at the next SWA wave event hosted by Cardiff University (22nd -24th February). Check out more about the SWA here. Puravida Boardriders are pleased to announce Weymouth young gun and BSA Junior Slalom Champion Tom Wells will be riding Tushingham and Starboard in his quest...

Puravida Boardriders are pleased to announce Weymouth young gun and BSA Junior Slalom Champion Tom Wells will be riding Tushingham and Starboard in his quest... 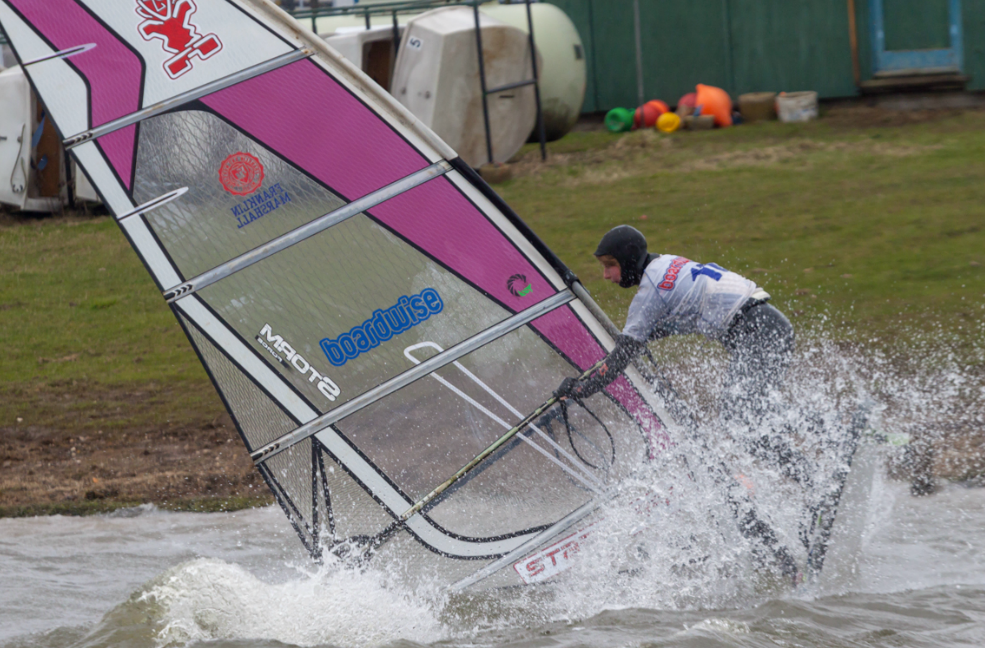