What To Learn And How

The first rule of freestyle is to never turn up for a session and say ‘No wind, I’m going home.’ When you turn up and wind has not materialised, do not rig up an 8m and get frustrated as you drift on and off the plane. Instead stick a little wave sail on and start to practice your helitacks, upwind 360s and have a go at back winded sailing too. These relatively simple moves are the building blocks for all of the high wind aerial freestyle moves, such as the flaka, shaka and funnell. For most of these moves the exit phase is the same as for the upwind 360, and they all contain an element of back winded sailing so once you master this you are half way there. Take it step by step and do not think about the aerial moves at first, instead focus on the basics and you will progress quicker than you think.

Another great skill is the flat water pop; just cork the board into the water and release using the board, rather than power from the rig to jump. From the pop you can learn the most impressive move there is, the forward loop. This is definitely one of the easiest moves to land, the hard part is the fear factor, but once you get over this you WILL land.

Moves like the vulcan, are next on the agenda as it opens the door for all the new school sliding moves. The key with the vulcan is centring your weight over the mast foot. This may take a little more time to master than the forward but it is definitely worth it.

The grubby may sound tricky, but it is actually relatively simple and a great one to go for. It is very similar to the forward, but with the grubby you need to carve down wind, pop like vulcan, stick the nose into the water and then spin 360 on it. As the nose goes in you need to sheet out, but most forget this, which will actually take you into a flat water forward. So you get two moves for the price of one.

The flaka is the must do move for many freestylers, and indeed is still a favourite of many a pro. It is basically an aerial upwind 360, it can prove harder than the other moves mentioned as you have to jump into wind. Again you can see that the basic upwind 360 is the move which will set you up for this. The flat water flaka gets ramped up in the waves, turning into a taka (off the lip of a wave) and a shaka (on the way out, off a ramp, where the sail goes horizontal with the water). Without mastering the flaka you will struggle to pull of these moves in the waves and while it’s possible most from a freestyle background tend to pull these off with a bit more finesse.

The downwind 360 maybe considered a bit old school, but the similarities between this and a sweeping bottom turn are massive. When the waves don’t come through going for this move will get you carving tighter and maintaining speed, which means when the waves do build you’ll be able to rip them to shreds. There are loads of ways to learn and improve your freestyle, my top tips are:

Practice on the beach –

Take off your fin, set you kit up on a board bag and play around. If you can understand and master sail control on the land it will help a lot when you hit the water.

There are loads of ways you can learn the ins and outs of all the moves, on the web, from a coach and from friends. The more you watch, read and understand a move the more you will know about what to actually do.

You may look a bit crazy, but again on the beach, but this time without your gear, think about the move, see in your mind what you want to do then remember how it feels. Muscle memory is a phrase that’s been banded around a lot over the years but it does really work.

The bottom line is whatever your age and ability, freestyle will not only improve you as a windsurfer, it will bring a new purpose to your days on the water. Whether it’s the odd upwind or downwind 360, or an all out flaka/shaka/taka session nobody is too old for freestyle!

Get more from Colin at windsurfcoaching.com and check out further technique features on boards.co.uk Breakages are common in windsurfing; from a busted fin, to a snapped mast or a hole in your sail or board, they’re all fixable. Sometimes... How To Heli Tack

Moving on from the fast tack it’s now time to learn how to hell tack with Colin and Marco. The hell tack is a great...

How To Heli Tack Former World Champion, Philip Koster showcases his skills on starboard tack in Japan. If this is what Koster can pull out on his ‘weaker’ tack... Want a new windsurfing move to learn? It’s a step on from the carve gybe, but of course you don’t need to be nailing your... 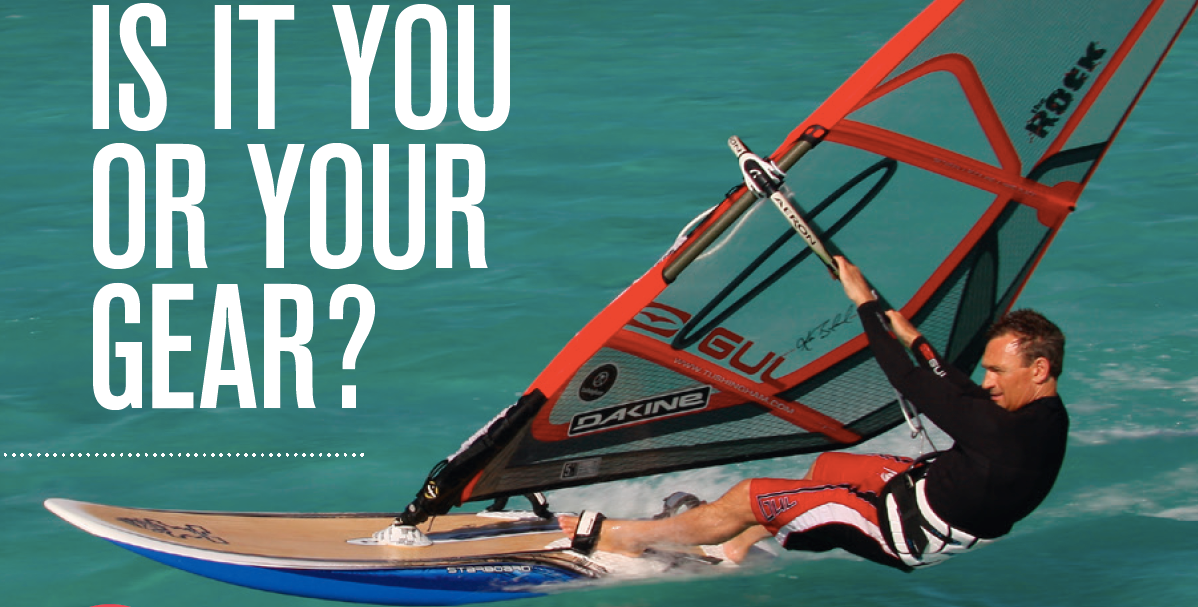 Is It You Or Your Gear?

Is It You Or Your Gear?