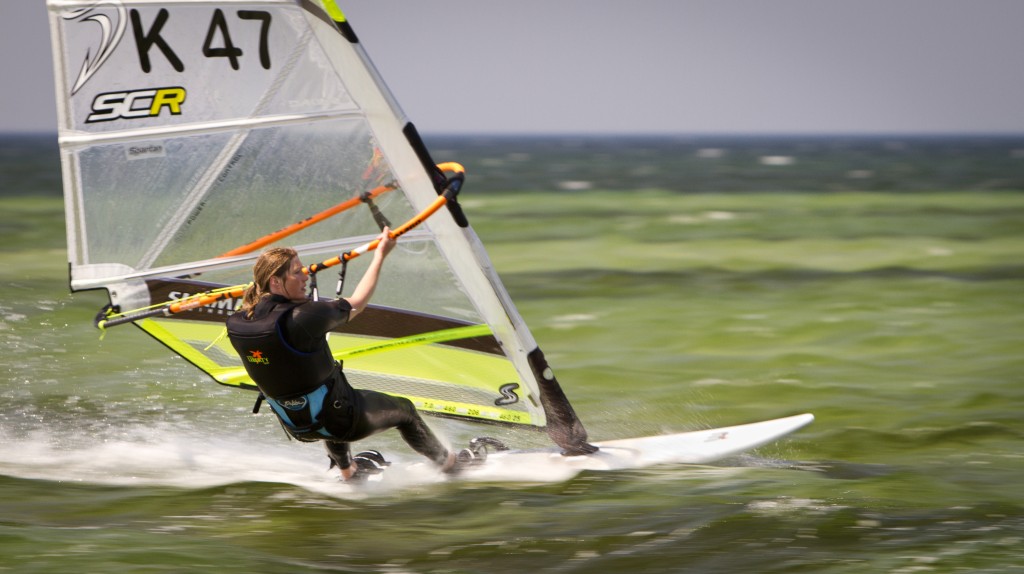 Zara Davis the UK’s queen of speed has been voted UK windsurfer of the year.

The UKWA  (United Kingdom Windsurfing Association) is very pleased to announce the winner of the UK windsurfer of the year Zara Davis.

Zara had a fantastic year to gain her nomination including achieving a new women’s production speed record in Namibia. Then back to back wins, in three rounds of the European speed tour to become the ISWC European champion for the second time in her career. She also won the UK Weymouth speed week for a record 6th time as well as the women’s British GPS 2011 speed ladder.

She was up against some tough competition from the other nominees from the cream of windsurfing including Adam Sims (Freestyle) Ben Proffit (wave sailing) Ant Baker (Slalom) and Kieran Martin (Racing) Zara’s win was decided by online voting and closed on the 30th of December. Zara won by a clear margin over her rivals and means she joins a long line of previous winners including Bryony Shaw and Nick Dempsey our Olympic medal winners.  Zara said “ I was absolutely thrilled to have been nominated in the first place but to win against such a well known line up is fantastic and tops a great year for me. I would like to thank all the people who voted for me.”

Bob Ingram the president of the UKWA said “This is the fourth year we have put nominees out to the general public to decide a winner on an online vote and it has proved to be very successful. It is particularly valued by the winners because they are voted on by their peers. Well done to Zara a worthy winner”

The UKWA is looking forward to another full year of windsurfing competition which will include Wave, Slalom, Speed, Freestyle, Formula and long board racing. It will obviously be given a great boost by windsurfing in the Olympics on home turf at Weymouth. 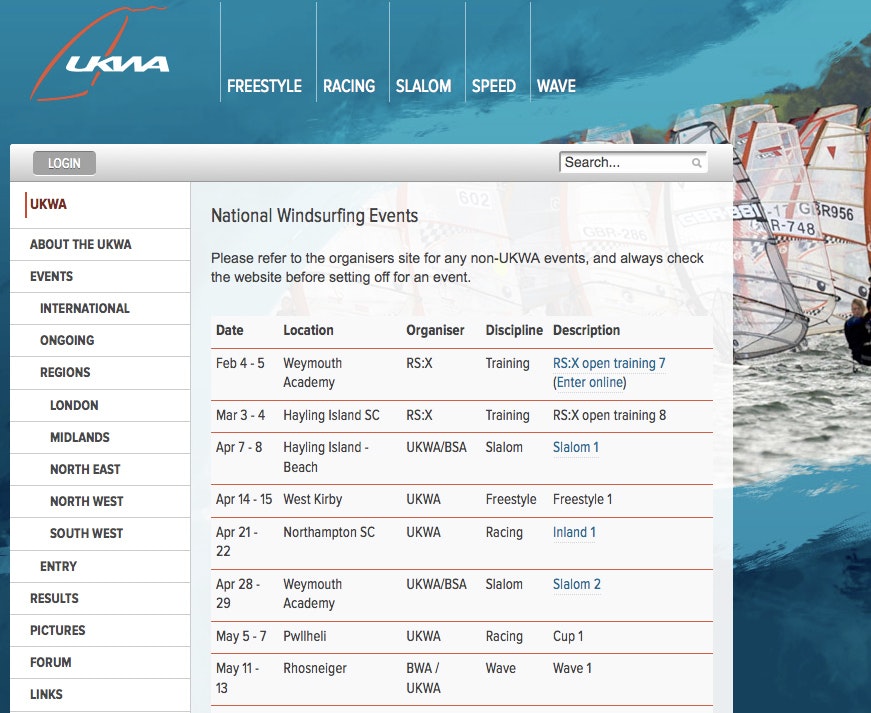 Introducing the provisional UK windsurfing calendar for 2012… With most events already set in stone, there are just a few that need to be confirmed. So...

Introducing the provisional UK windsurfing calendar for 2012… With most events already set in stone, there are just a few that need to be confirmed. So...