Wednesdays conditions offered much more waves with better size, longer rides and wind switching between cross and cross-off. As well as the contest area there was stacks of freesailing going on and a busy day at Gowlane! Worth mentioning that parking on the beach was the only option and Jeff Scott scored first place with a huge stuck mobile home, and runner up was the Tushingham Boys with a good burial of the front end!

George Schillito gave the standout performance of the day with some awesome waveriding and smashed his way through the first few heat nocking out one of the hot favourites James Cox early on. His run was only stopped by Bubble who was also coming up the ranks to get back at a podium chance. Despite a very close heat Bubble clinched it and went on to score 3rd place just ahead of Rob Jones. Adam Lewis was firing again and clinched 4th today.

George on Tushingham quoted “Great day and real stoked with my riding, the judges gave some positive feedback and it was very close with Bubble!”

It was hard to separate Rob, Lewis and Bubble with the scores coming pretty close. Adam has shown some expressive freesailing and stood out with some great rides in his heats but Bubble was solid and consistent to rack up what the judges wanted to see!

Bubble “Ireland delivered today and I enjoyed the conditions with a big improvement over yesterday for me. I ran better heats and just made sure I took my time and held out for the bigger sets”

Phil and Ben patiently waited to do battle, and Phil was keen to beat Ben and run a third heat to challenge for the top spot. Once again the Funsport boys shone through as the top seeds, but it was Simmer rider Ben pulling off more consistent and fluid rides and landing takas on the wave to secure his first place that will now be very hard to beat!

Ben said “It was a tough wait all day guessing what kit to use in the changing conditions, and there was a good bit of banter with Phil…but I was just glad to get out there in the best conditions of the week!

Chris Goldfinch from SX Waterports climbed up a place today and was tapping at Danny’s heels giving him a good challenge for 3rd, and if they get some more heats it’s all to play for. The real battle though has been between Mark lloyd and Dave White – both these guys have been ripping and Whitey has just managed to keep Mark in 2nd Place. Credit has to go to Dave White, despite the tricky winds he looked light as a feather and nimble as a ballerina on his feet and really stood out I all the masters heats.

The lead has been back and forth between both of the very talented female competitors, both saying how great it would be to have more women getting involved on the tour. These ladies could easily give the men a run for their money and the heats were great to watch. With both riders on Simmer, it was the Pura Vida Teamrider Sarah Bibby that kept hold of 1st place.

Katie told us “Today I really got on great with my new Moo Custom and enjoyed all the heats, hoping for more tomorrow. Sarah has come back from her travels and is really ripping, she totally deserves 1st place”

Sarah “ I enjoyed better waves today, but Katie’s riding was so good and each heat finished close. I didn’t expect to win so I was pleased with the results!”

Emile, Stef, Jeff and Craig all got back in to the double elimination to do battle and try and get through to the top seeds. Jeff and Emile got straight through only to go head to head and it was standout performances from jeff like this all day that just kept him going up the ranks. It was only when Alfie had to defend his 4th place with some stylish riding that Jeff’s run came to an end.

Jeff Scott “The wind was in the ideal direction and riding was super fun with long rides on the bigger sets. I was stoked to get through so many heats today getting up to 5th place”

Nile beat Alfie, and went on to challenge Lewis. His local knowledge proved key with the wave selection and despite one real high scoring wave from Lewis Nile had 2 more to get him a spot in todays final with Aleksy Gayda.

Nile won the first heat and Aleksy had to defend hard with another round. The wind kicked in and jumping was back on, so 17 year old stepped up his game and looped his Simmer Sail with ease, adding some stylish riding to impress the judges and keep the top spot yet again.

Chris from SX Watersports who support Aleksy said “ we are real pleased to support him with Simmer and his progress already this season has been amazing! It’s been a cracking event and look forward to more wind if we are lucky”

So the results can still change in the next few waves depending on what comes through! Stay posted… Jim Pura Vida – BWA 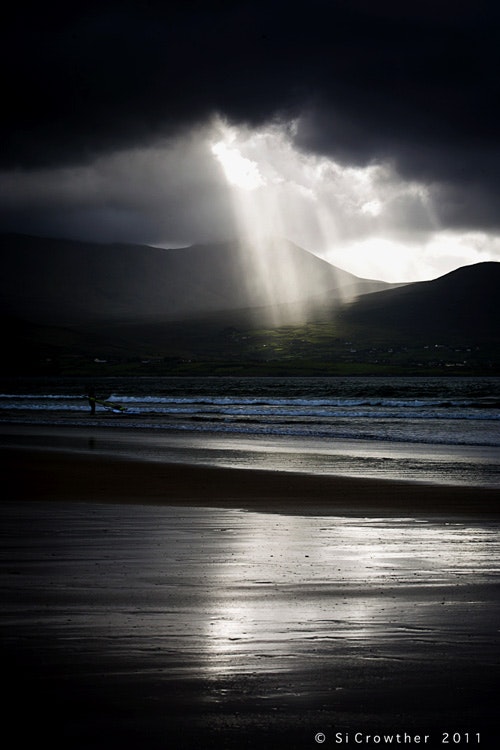 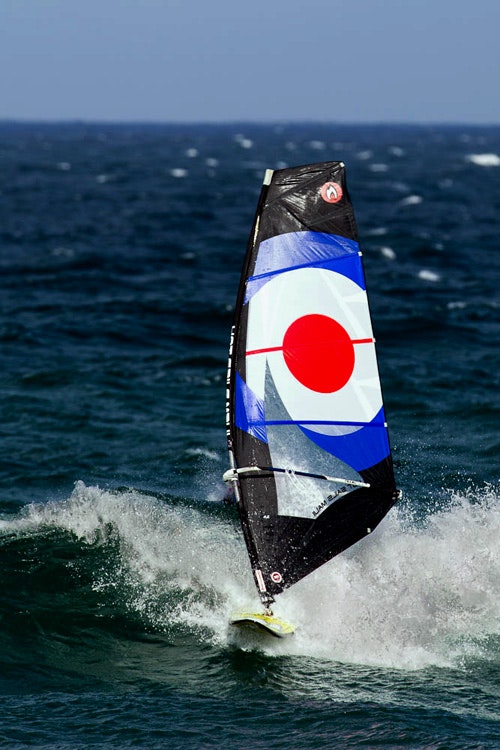 After two days of British Wavesailing Association competition at Brandon Bay, Ireland, for round two of the BWA series Dumps has at least delivered enough...