10am Monday morning, in the flatwater area of baby bay, 18 competitors and many spectators arrived for the Dahab Festival Freestyle event. Competitors were mostly locals, with a large amount of the Egyptian and Bedouin windsurfers entering, as well as international staff from the many windsurf centres around the bay and some others out in Dahab training. 16 guys and 2 girls, the youngest in the event 10years old, everyone competed in the same competition as sailing levels were all really high.

The wind was good allowing most competitors to use sails 4.2-4.7’s during the single elimination, dropping to 5.3 weather for the first half of the double. By 2pm it had dropped a lot forcing the judges to postpone the last heats until tomorrow morning.

The sailing standard was very high, with many power moves such as kono’s, ponch’s and shakas being performed amongst the more basic manoeuvres with variations of spocks, grubbies, flakas and switch stance moves.

Heats saw close competition, judges Colin Dixon, Chris McCormik and Owain Petrie had a busy time with the judging and did a fantastic job, along with the help of Jana Svecova managing the flags and time keeping.

Final results of the Single Elimination are

The double elimination will be competed in the morning to see the overall winner of the event.

FREESTYLE WORLD CUP Event Preview: The cool calm coast of the Caribbean is set to light up as the cream of the PWA’s male...

Check out by far the hottest movie to hit mpora.com/windsurfing this month – with over 32,000 views on its first day online, here’s Yarden Meir, Steven...

FREESTYLE WORLD CUP Event Preview: The cool calm coast of the Caribbean is set to light up as the cream of the PWA’s male...

Check out by far the hottest movie to hit mpora.com/windsurfing this month – with over 32,000 views on its first day online, here’s Yarden Meir, Steven...

Andy ‘Bubble’ Chambers has been in touch to let us know about his signing to K4 Fins… When I was out in South Africa this... 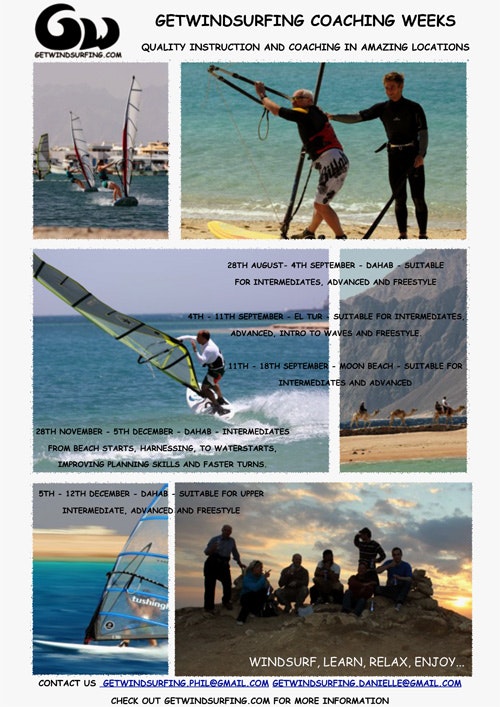 Out on the Sinai Peninsula, while everyone has been enjoying the windy weather at home Danielle Lucas and Phil Richards from Getwindsurfing.com have been busy finalising...