Centaur King of the Wind UK, 3rd-6th November at the OTC centre, Weymouth.  The final showdown for the European Freestyle Professional Tour is now online.  Organised by Xtreme Playground (XPLG), tickets are flying out, competitors are registered and the beer is on ice.

EFPT is now close to ten years old, boasting 66 tour stops in nine European countries and in excess of €720,000 prize money, its serious windsurf business.  For first time in history, the top names from all over Europe will battle for superiority on the UK shores, and in turn, the overall 2012 European Champion title.

Aside from world class freestyle displays over the course of four epic days, there is plenty on the cards for all that attend including a demo weekend with plenty of kit from many leading brands, a spectacular night tow-in show, two awesome Global VIP party nights, €5000 prize money for the King of the Wind, a firework display, acoustic night and plenty more.

The EFPT UK round will see its first ever female only European freestyle competition.  This is an unofficial European stop, not yet recognised by the EFPT – but with the hope that it will attract sponsors for future years to pay for official licensing.

The Femipleasure Queen of the wind event is the hottest news in the female windsurfing world right now.  Other than the PWA round at Fuerteventura, there is no other serious professional arena for the top female international talent to do battle.  It might not have official EFPT backing this year, but this marks the beginning of a new generation of female competitions.

Likely to be packed with formidable UK riders back from their seasons and the PWA tour, the European female freestyle standard has been growing exponentially and the competition is expected to really demonstrate this in front of our home crowd.  The organisers at XPLG have pushed to bring competition to the fairer sex to bring more credibility to the European ladies freestyle scene and no doubt this will be the norm across all the EFPT events in the future. Judging by the entry list on efpt.net it looks like there will be some serious top end international talent on the scene, including the likes of Davy Scheffers, Dieter Van der Eyken, Youp Schmit, Adrian Beholz, Andarz Zan and more… The list is growing day by day but the deadline date is on the 26th October so don’t put off your entry too long.

XPLG are pleased to announce the event site, home to the Official Test Centre UK (OTC) and the Weymouth and Portland National Sailing Academy, Portland Harbour is known far and wide for being one of the most reliably windy spots in the UK.  Having played host to the greatest sporting show on earth this 2012 summer, the spotlight is returning for the King of the Wind.  During November there is a high chance of a strong south westerly wind which blows over the Chesil beach berm to the west providing a vast arena of shallow flat waters.  The OTC centre itself is built up on the waters edge, perfect for spectators and judges to watch the action below.

The OTC centre is opening its doors for demoing over the 3rd-6th and King of the Wind has been granted the full support of the industry that are reinforcing the kit supplies by sending demo vans from all over the country, 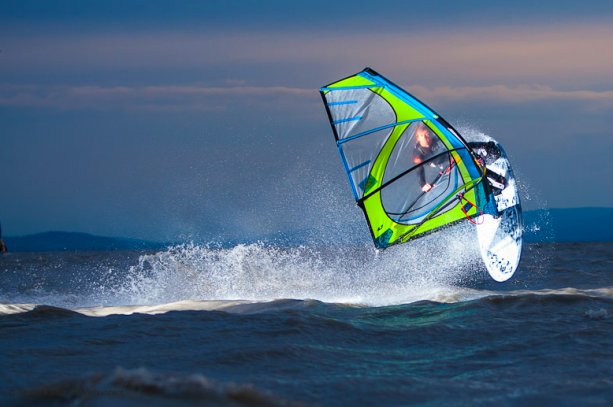 Another bonus of the dates and location will be the bonfire night, which (for you unfamiliar Euro chaps) is a custom that reminds us of the failed mission by Guy Fawkes in the year 1605.  In short, we blow stuff up and it’s great fun. The organisers have considered this to be quintessentially British and will combine it into their event:

‘By pulling strings left, right and centre we have closed the deal on an evening tow-in super session on the Monday night. This will be in front of 15,000 strong crowds that will gather on Weymouth’s sea front to watch the traditional bonfire night with its spectacular fireworks display. Following this, on that same evening, as well as on the Saturday, will be a great VIP party night, for the professional windsurfers and their fans.’

Tow in is fast, spectacular and brings the action closer.  Tow-in windsurfing developed as a very popular discipline in the past years, with the ability to bring the action right in front of the spectator’s eyes. One windsurfer at a time is towed by a jet-ski, with a speed of up to 50 mph, and released into unbelievable and powerful combination moves. The moves are similar to that of ‘real’ windsurfing and can really show you what’s possible in this great sport!

With almost 15,000 people gathering together at the town’s beach to celebrate the 5th November each year. We are looking forward to add a stunning extreme sports show that many would never have believed possible.

The European Freestyle Pro Tour lays all the trust in a well organised final tour stop in the UK due to the involvement of the Student Windsurfing Scene (SWA), the OTC in Weymouth and a highly supportive local council. Most importantly though due to the motivation behind the event organisers at XPLG.co.uk and the headline sponsor, Centaur Travel, who provide a vast network of well established and reputable transport in the UK and further afield for sporting and corporate occasions.

If you want to do your bit for this first European Freestyle Pro Tour stop in the UK then the organisers are keen to see the event page liked and shared across facebook, so head on over to www.facebook.com/events/306991702741421 and share the love!

Remember to head over to www.kingofthewind.co.uk for registration and to get hold of VIP party tickets! 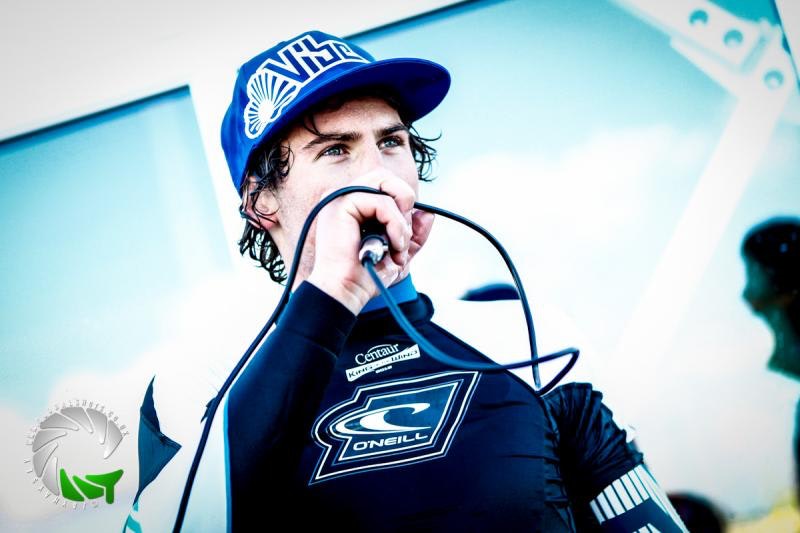 Check out the final day write up from the Centaur King of the Wind competition. Just as forecast the wind didn’t really start to fill in... Day 3 of the King Of The Wind event in Weymouth went off.  Read on for the full report… Already named Big Monday on the schedule,... Congratulations to Tushingham team rider Jo Wright who won the Girls Expression Session at this weekends EFPT competition in Weymouth. All the girls put on a...

Check out the final day write up from the Centaur King of the Wind competition. Just as forecast the wind didn’t really start to fill in...

Day 3 of the King Of The Wind event in Weymouth went off.  Read on for the full report… Already named Big Monday on the schedule,...

Congratulations to Tushingham team rider Jo Wright who won the Girls Expression Session at this weekends EFPT competition in Weymouth. All the girls put on a... Davy Scheffers takes the victory at The King Of The Wind event in Weymouth. Check out the second video instalment. Here Adam Sims interviews Tom Hartman and gets... 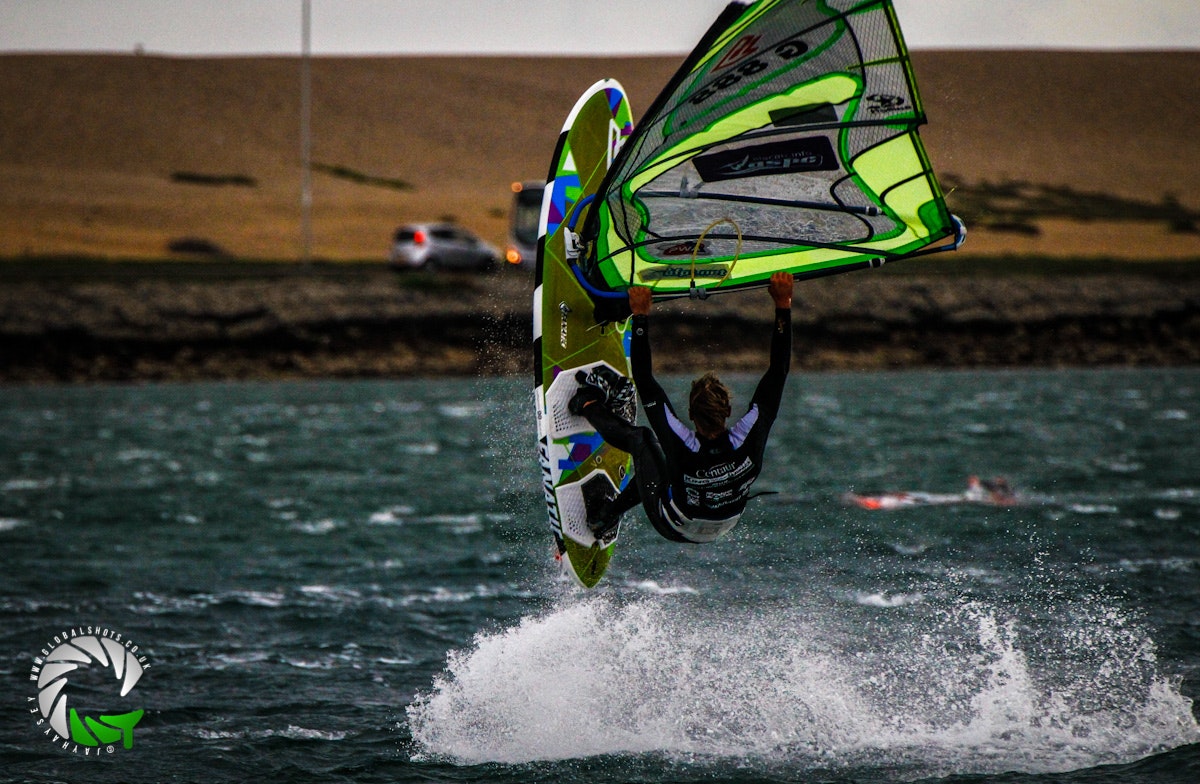 King Of The Wind Report

This weekend  saw some sick action at the King Of The Wind event  in Weymouth. Read on for the report as to how things went...

King Of The Wind Report