The KSB team present another awesome video from Fuerte…

As the 2012 Fuerteventura Wave Classic enters it’s final days, the crew at KSB have uploaded their latest video from the event site.

Martin Keruzoré, Pierre Bouras and Greg Scherpe have captured some great action from El Cotillo on Fuerteventura. Check out the competitors getting some sick rides in on the beach break, as well as some nice aerials and great crashes. The UK’s very own Will Ward and Andrew Fawcett are taking part in the event – a special mention for Will’s savage aerial crash at 2:54!

Today, the riders and event crew took part in a beach clean at Majanicho beach. Find out more about the beach clean project and follow the final day of the event on the official Facebook page HERE. 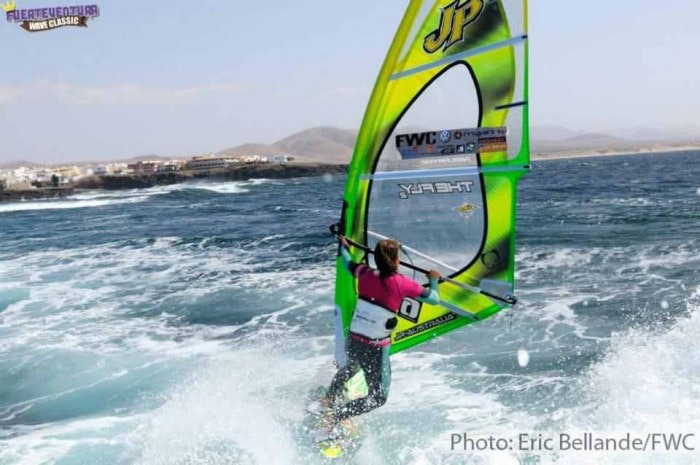 Video: Very best of the FWC

Video: Very best of the FWC The PWA have announced some changes to the calendar for 2012… With the first event of the 2012 World Tour starting in a week, the PWA... With howling winds keeping the fleets from going afloat on Friday, the weekend saw more races completed and some good results for the Brits… Winds of... The 2012 FWC wraps up – which is the winning team? After a week of frustrating conditions, the 2012 Fuerteventura Wave Classic draws to a close.... After Day Two, Will Ward and Andrew Fawcett are flying high… The 2012 FWC got off to an injury-filled start. Shannon Bohny broke his leg during...