Britain’s young guns are contemplating what could have been after Izzy Hamilton landed RYA Volvo Team GBR’s only medal at this year’s event picking up a second consecutive silver in the RS:X girls class on the final day of the 2010 Volvo Youth sailing ISAF World Championships today (16, July).

With plenty of medal winning potential among the 12-strong British team, the RYA Volvo Team GBR contingent were left feeling slightly short changed after Henry Lloyd Williams/Sam Batten (29er), Hannah Mitchell/Joanna Freeman (420) and Adam Butler/Nikki Boniface (SL16) finished just outside the medal bracket in fourth place, with both the 29er and 420 pairs missing out by just one point and the SL16 duo tied on points losing out on count back.

Adding to their solid performance Britain picked up a further two top ten results with Under 17 Techno World Champion Sam Sills taking a credible eighth and 420 boys pairing Mike Wood and Hugh Brayshaw coming back from a mid fleet position to scoop sixth overall on the last day.

Hamilton was determined to beat her Israeli rival Ofir Halevy after she toppled the 17-year-old at the RS:X Europeans in the lead up to this week’s event and that she did, but it was Poland’s Kamila Smektala who emerged victorious after a demanding week.

“Ofir beat me at the Europeans and now I’ve beaten her at the worlds – it’s been that way since we did our first ever competition together in 2006 – we’ve always switched between each other!”

“It’s been a pretty tough week – we had lots of light races and there was a lot of hanging around which was really draining – you just had to keep focused but I’m very pleased with silver.”

In taking a second medal at the event, replicating her silver winning performance at last year regatta in Brazil, Hamilton makes history as the only British girl to have ever picked up two windsurfing medals in the events 40-year history. However with Brits in medal winning positions in four classes coming of the water on the penultimate day, the team are understandably disappointed with today’s result.

RYA Youth Racing Manager Duncan Truswell comments: “Despite the sailor’s obvious disappointment, the results are actually really good and we got painfully close to winning more medals – Nikki and Adam so close to bronze and if the 420 girls hadn’t been disqualified yesterday in the protest room they would have won and similarly if the 29er’s hadn’t suffered the same fate they would have got a silver. They sailed well, just not all of it has gone their way.”

He continued: “They had a lot on going into today and under that pressure they came really close to actually doing what was required to win the medals. It’s been a challenging week, pretty hot and very very shifty light winds so they should be pleased with their performances.”

As a nation, the Brit’s solid and consistent performance over the six days earned them second place in the competition for the Volvo Trophy which is awarded to the top performing nation, with the French just pipping them to the post in a repeat of last year’s regatta result.

Truswell concluded: “Unfortunately you seem to learn the most from these sorts of lessons – more than you do from winning medals. I’m sure they’ll all come back stronger and better in the future having learnt from the experience.”

420 sailor Hannah Mitchell commented:  “It’s been a really good week – we’ve learnt a lot. There have definitely been some ups and downs. The fact we didn’t medal here has defiantly made us more likely to medal at the 420 worlds next week – we know we could have won here so we’ve got that behind us.”

A disappointed but philosophical Henry Lloyd Williams was keen to focus on what he and his crew Sam Batten had learnt from the event: “We’ve certainly learnt a bit more about keeping an eye out for some of the situations that occur on the water and certainly when it gets towards the end of the week quite a few people if they are just one place behind you will do quite a lot to try and get you disqualified from a race. You’ve got to be aware of these situations and just keep it as safe as you can.”

RYA Racing Manager John Derbyshire added: “Coming fourth is always disappointing coming so close to what could have been but I’m sure it’ll make the sailors ever more hungry to succeed at the next event or in their senior sailing careers. It’s fantastic to see the Brits showing such consistency in picking up the second prize for the Volvo Trophy again.”

Laser Radial sailors Cameron Douglas and Sophie Mckeeman finished 16th and 13th respectively after a tiring week in the heat.

To learn more about all the RYA Volvo Team GBR sailors who competed in Turkey visit the RYA website by clicking here or visit the team Facebook book page here. 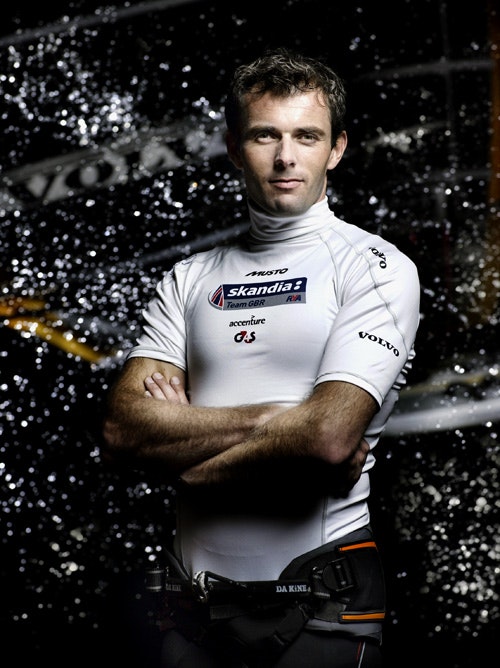 Skandia Sail for Gold is fast approaching, and the World’s top Windsurfers are heading to Britain for the final leg of the ISAF World Cup...

Skandia Sail for Gold is fast approaching, and the World’s top Windsurfers are heading to Britain for the final leg of the ISAF World Cup...