Taking place at Calshot Activity Centre, on the weekend of the 21st of April, hundreds of students, the biggest brands and many more enthusiastic part goers turned up for the last event in the student  calendar.

Having spent the week checking the forecast and preparing their fancy dress outfits, Friday couldn’t come quick enough for most. The vans stuffed with kit, packed cars and fully loaded mini buses invaded Calshot. Turning a blind eye to the weather, the students pitched their tents and got straight down to partying. The music pumped and the drinks flowed the way the SWA does best. The dance floor kept moving until the early hours.

On the water, the weekend was packed with racing, freestyle and freesailing on an abundance of demo equipment. After light winds to start with, the strength picked up over the weekend which provided some tight racing and freestyle competition at the top.  In the guys fleets, Southampton Solent were dominant in the racing, as well as taking the glory in the freestyle with Nicola Terenezi and Ollie Acton taking first and second respectively. For the girls, familiar faces at SWA events showed their strength; the Exeter girls Jo Wright, Kirsty O’Callaghan, Alex Powell and Rachael Ince set the pace.

The weekend was a fitting end to an amazing SWA year, for the full report and results head to the SWA website.

For more SWA news and views on Boards why not have a look through the SWA Monthly features by Will Jones, last month he was discussing how a little bit of support goes a long way,  as well as the windsurfing industry and asking is it worth it?  Wonder what he will  have in store for us this month?

Here are some extra words from Sam Burnett the SWA Marketing Manager:

This year the industry has really risen to the challenge of supporting the next generation of windsurf enthusiasts.  We saw four new boards, two sails, loads of masts and booms, flymounts, loads of Spartan wetsuits, event tickets for Beach Break and the National Windsurf Festival, the list goes on.

It’s great to see the newer companies get onboard like Puravida, who are making a bespoke full carbon waveboard for our 2012 wave champ MC Yeates.  Last years headline wave sponsor was K3d who have once again been involved, offering affordable 100% carbon masts to the student populous, it’s really great to be on the forefront of breaking these newer brands into the industry.

The relationship we have with all of our sponsors is excellent, but this year all hats go off to Starboard and Tushingham.  After meeting with Dave Hackford and Sam Ross to discuss the development and needs of student windsurfing, we came up with the winning formula of providing prizes to clubs which can be used for years to come by all of the members, rather than just providing prizes to already kitted out advanced guys.

Starboard and Tushingham provided a wealth of prizes to each of our core events this year (also Boardwise/Spartan) ensuring that everyone on the podium went home with something inspiring.  This continuous support came to a climax when I had the opportunity to unveil the overall series at the end of series prize giving.  No one knew about this rogue series and everyone went nuts for it.  Liverpool has been an excellent club this year, they don’t necessarily get first spot but overall they dominate on and off the water.  It was a privilege for the SWA to be able to tell these guys they were leaving Calshot with a £1300 Starboard Rio.  No doubt this board will see countless enthusiasts follow in their glorious footsteps in years to come. Bristol also get a prize for the whole uni, they get to show up to a lake and a wealth of Starboard Tushingham experience and kit all rigged and ready to go.  This makes it super easy for the club committees to get maximum people on the water.

The SWA are getting more people on the water every year than any other windsurfing establishment.  This would not be possible without the continuous support from all of our industry partners. Big, big thanks to all who make our goals achievable. Will Jones joins Boards for the next installment of the SWA Monthly.  After SWA Nationals I felt a little bit down. Nationals marked the end of... 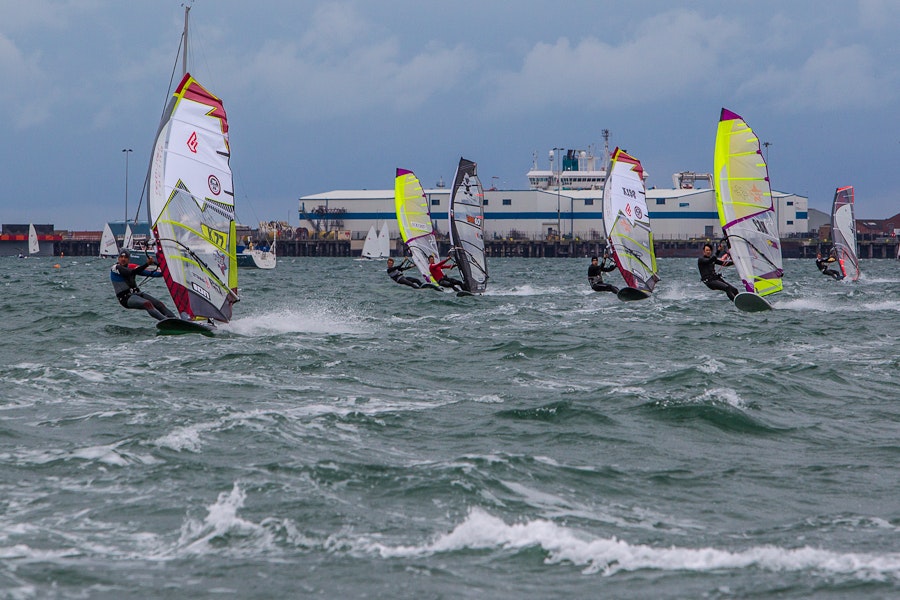 Last week we posted the results and a few photos from the BSA at Weymouth, now, as promised, here is the full report from Kev...

Will Jones joins Boards for the next installment of the SWA Monthly.  After SWA Nationals I felt a little bit down. Nationals marked the end of...

Last week we posted the results and a few photos from the BSA at Weymouth, now, as promised, here is the full report from Kev...