The UK has a bright windsurfing future, nurtured by Team15 and then tested by the rigours (on and off the water) of the SWA events, the next generation is coming through thick and fast.

Hidden Talents is a series of interviews, by SWA media man and Boards columnist Will Jones, uncovering both UK born riders, and those talented youngsters that now reside here. Originally, this series was on our sister site www.boardseeker.com now on Boards, we will use the series to showcase the best of British.

Our May Hidden Talent is Nic Hibdige, a future star on the freestyle scene who, who at the age of 16, is already busting out the big moves.

I think I first got on a windsurfer when I was about eight, but probably started to get into it properly when I was 11.

There’s a few around, Avon beach, Mudeford Harbour and just two minute drive away is Tanners Lane, which is pretty good if the winds the right direction.

I’m currently in my last year of secondary school, with my GCSE’s coming up. Starting my A-levels next year in biology, psychology, business and economics, and sports science.

Simmer sails,  Mystic and 24/7 Boardsports. Also Starboard helped me with a board.

How did you get into windsurfing?

My whole family windsurf and I was lucky enough to first start in Bonaire. I had been on a board with my dad a few times, he has been windsurfing since the beginning.  At first in Bonaire, I wasn’t that into it but when I met the locals out there like Kiri and Youp that got me into it massively.

My parents have a house in Bonaire now, I think when we’ve finished school my parents want to move out there. I’m pretty lucky, the house is right on the beach and we normally go out there twice a year. It needed quite a bit of work on it when they bought it, but now it’s nice. We normally go in the summer for about four weeks and Christmas about three weeks.

When I came home after that first trip I tried a bit of racing with my local club but that wasn’t really my thing. I then got into freestyle when I was about 13, I got some more kit and started sail in the UK.

What do your school friends think of windsurfing?

Most don’t really know anything about it! I got a few friends to come and try, they quite like it and one of them has even started coming to Bonaire with us.

Tell us about your UKWA experience?

Last year was my first main year competing, the year before I went to a couple of events. Last year I missed the first one, then we were going to the second but the van broke down. I managed to compete at the other three though!

It is always great to see more people that are into windsurfing and it’s good to get to know people who you can windsurf with.

First 2011 event was Mumbles in Wales, I came second (beaten by Oscar Carmichael). Also that year, I got second in Worthing and at Poole Windfest I came first in the under 17 category.

This year at the first event in West Kirby I got first place in the flow style, and third place in the tow in amateurs. Part of which will be taking place this Saturday, 2nd June, at Llandegfedd Reservoir. Come and join Starboard international rider Chris Murray, who will bring all the latest... 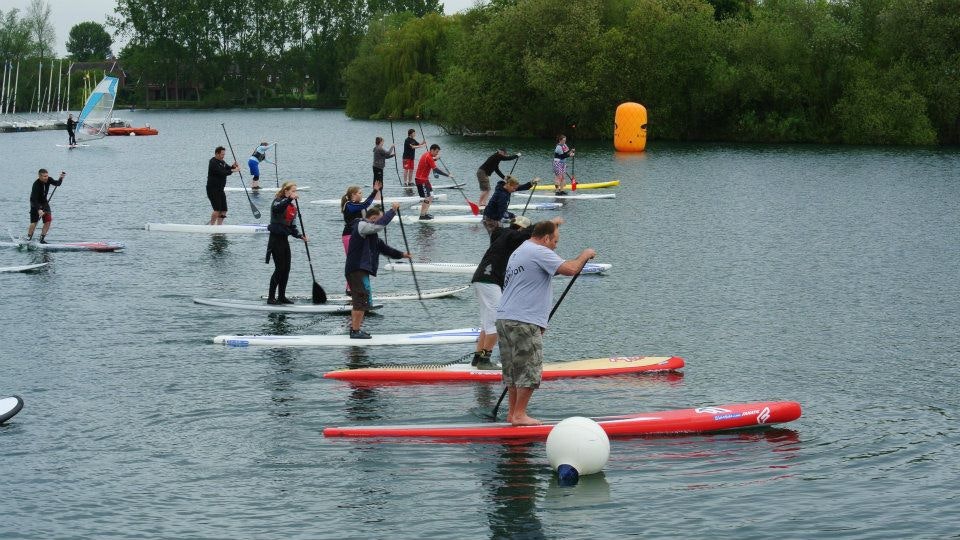 Sam Ross has successfully completed his incredible mission, as outline in a previous news item: Seven Days of SUP. Here is a insight into the... Part of which will be taking place this Saturday, 2nd June, at Llandegfedd Reservoir. Come and join Starboard international rider Chris Murray, who will bring all the latest...

Sam Ross has successfully completed his incredible mission, as outline in a previous news item: Seven Days of SUP. Here is a insight into the... Spin It To Win It with Andy Bubble Chambers

Getting to the next level in freestyle can be a tricky business, whether you’re trying to land your first vulcan or perfecting your skopus, Andy...

Spin It To Win It with Andy Bubble Chambers