As we all know the south coast of England has been amazing for windsurfing this winter, with many of us taking to the waves to experience that exhilarating feeling of freedom that only wave sailing can provide. With the many storms hammering the Dorset coast line, and most recently ‘Storm Imogen’ all bringing new wind and swell directions the only constant has been the rain! Whilst it can often be the easiest option to stick with your local spot like Sandbanks or the Wittering’s and not venture any further, when the pictures come flooding in of your mates ripping on the ‘wave of the day’ or boasting over the logo high waves somewhere along the coast it’s time to fly the nest. But Where to?

The south coast has a plethora of excellent wave-riding spots, each of which reach their optimum to deliver windsurfing joy in the right conditions. In this series of articles we are going to be looking at quite a few of these and learn from the riders out there when and why it’s best to get in the van and join the fun. In the first of these we will be looking at possibly the most famous spot on the Dorset coastline… K-bay and to take us on this virtual visit we have enlisted the help of wave hunter Nick Beaney, sponsored by: Seasprite, Ezzy sails, K-Bay, Chinook and Roger Turner Photograpy

What wind and swell direction should we be looking for and how good do you need to be?

Middle of the bay works in west, south-west and southerly winds with a slow and less powerful wave which lends itself to intermediates for jumping and wave riding. When the wind is in the west and the swell is firing up from Cornwall, the Bench comes alive and forms a high performance wave which pulls in some big scary monster size surf (for the Pros only) that takes no prisoners. Ledges (Yellows) works best in a south-east wind and westerly swell although these are relatively very rare. However, Yellow Ledge is one of the best jump ramps on its day. The area to the east from Clavel Tower can offer big swell lines into fast take off ramps for massive airs and huge back loops and Timo Mullen can often be seen soaring high in this part of the bay. Any Wind directions we should avoid?

East & north-east are pretty much dead off shore and the wind is very gusty and is usually just a no go!

What works on what tide?

The beach can be sailed at all times but the reef is best at mid to high tide on the push.

Where exactly is kimmeridge? Where is the best spot to launch from?

Best place to launch from the tiny slipway on the eastern side.

What are the local vibes like? (other windsurfers and beach users)

K-Bay on its day is right up there with any top surf spot in the UK. With its long-time proving ground for top UK wave sailors from Duncan Coombes (80’s Hero) to Guy Cribb and legendary shaper Henio Firley (Mr K-Bay), who shaped for the best PWA Sailors from around the world. And many still head back down even now so you just don’t know who you will meet on the beach.

Just keep your eyes open for the rock known as The Fridge at low/mid tide and also to the area 300 yards off the slipway. It loves to devour fins.

Make sure you tune in to next weeks episode of ‘Explore the UK’ where we will start heading west around the coastline. 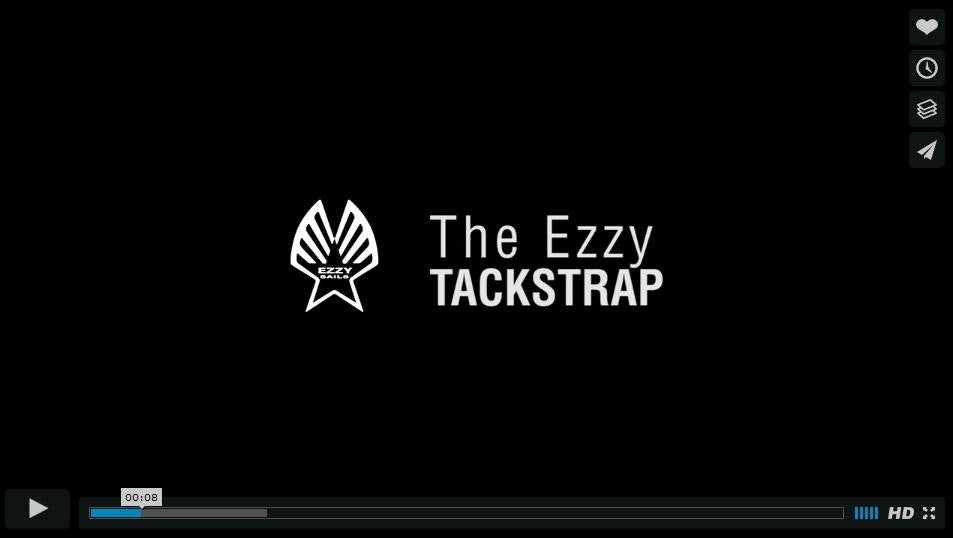 Ever wondered what does the tack strap really do? David Ezzy takes you through what exactly a tack strap does to the sail and how...

Ever wondered what does the tack strap really do? David Ezzy takes you through what exactly a tack strap does to the sail and how...