Yesterday we shared the results from BSA Worthing at the weekend, now pro fleet winner James Dinsmore has a full report from the busy two days of racing.

“Oh, what a lovely day! On Saturday I don’t think most of us could believe our luck. The sun was shining in a clear blue sky and the public on the busy Worthing Promenade and Pier were being treated to the spectacle of round after round of downwind slalom on a sea that looked an almost tropical turquoise. Even thought the forecast had only predicted a relatively light south-westerly wind, the Worthing effect delivered solid 7.8-8.6m racing conditions all afternoon.

“Keith Atkinson did his trademark good start to lead the first Pro fleet final off the line but Kev Greenslade and I overhauled him halfway along the first leg. I just beat Kev to the first mark and kept that lead to the end. I was on my Starboard iS130 and 8.6m Severne R6 for that and the second finals. Having struggled to match Kev for outright speed on that kit combination last year, I was thankful for the inspired decision to have one of my Carpenter fins shortened to 45cm in the off season giving me just the right amount of lift. In the second final it was Kev’s turn to make it to the first mark in the lead but I managed to come out above him with speed and pinch the lead and that was that. It was a pivotal race as thereafter I had the confidence to take my Starboard iS107 middle board and could reap the benefits of a faster comfier ride down the first leg in the third final. During a lunch break after three rounds my two young nieces delivered me a fortieth birthday helium balloon and present, which was a lovely surprise. Not wanting anyone to think I might be getting soft with advancing age, I went back out and gunned it down the course from Kev’s favoured pin starting spot to win the fourth final. At the end of racing of the day’s play I led from Kev with an impressively quick Tom Wells in third having got three consecutive thirds. The perfect days racing was completed by a beach barbeque thrown by the Baker family. My wife, little daughter and I enjoyed the great vibe and some notably delicious salads made my Mrs Baker.

“Sunday brought a lot of wind with rain and poor visibility. The boat crews had to delay heading up from Shoreham for safety reasons and one boat turned back with a sick engine. Racing didn’t get underway until late morning. Before heading out there were those who thought that the figure-of-eight course was going to be a bit tame. However, in the challenging lumping water state the racing was about as exciting as it ever gets. As even Kev said ‘I am not sure that I’d want to go any broader!’. The Pro fleet completed two rounds and the first legs were proper on-the-edge, pedal-to-the-metal, hope-I-don’t-die affairs with airtime unavoidable over the bigger swells. Being in a strong position from the day before I was able to relax and throw caution to the wind on my Starboard iS90/7.0m R6 combo. I did nearly made a schoolboy error when leading in the first of the two finals as I backed off and cruised over the finish line blissfully unaware of the flying Leigh Kingaby charging up behind me in my blind spot. Having nearly gifted him that win I nearly gifted the next final win too as I almost dropped my last (rather weary) gybe of the weekend with Kev charging up behind me. Luckily I just managed to bumble it round and finished the weekend on the same high that I’d started. Kev was secure in second and Sam Latham’s strong Sunday sailing put him on the podium for the third time this season.

“Massive thanks to the UKWA land and sea race crews including in particular race officer Tess Ingram who delivered super racing in spite of suffering bad sea sickness. In addition thanks to our local hosts, the Bakers, who brought us to a new and most excellent venue in the heart of the town. The next BSA event will be hosted by Quayside in Hunstanton on June 27 and 28. I will be heading to Italy to take part in the Slalom World Masters in Southern Italy that weekend.” ARE YOU YOUNG AND WANT TO WINDSURF? ARE YOU A PARENT LOOKING TO INTRODUCE YOUR KIDS INTO WINDSURFING? Answer…START EARLY! Venturing into windsurfing at a young age is... Simon Bornhoft recently visited Turkey with a crew of eager windsurfers, all wanting to improve their freeride skills. Here Simon explains exactly what you could...

ARE YOU YOUNG AND WANT TO WINDSURF? ARE YOU A PARENT LOOKING TO INTRODUCE YOUR KIDS INTO WINDSURFING? Answer…START EARLY! Venturing into windsurfing at a young age is...

Simon Bornhoft recently visited Turkey with a crew of eager windsurfers, all wanting to improve their freeride skills. Here Simon explains exactly what you could... 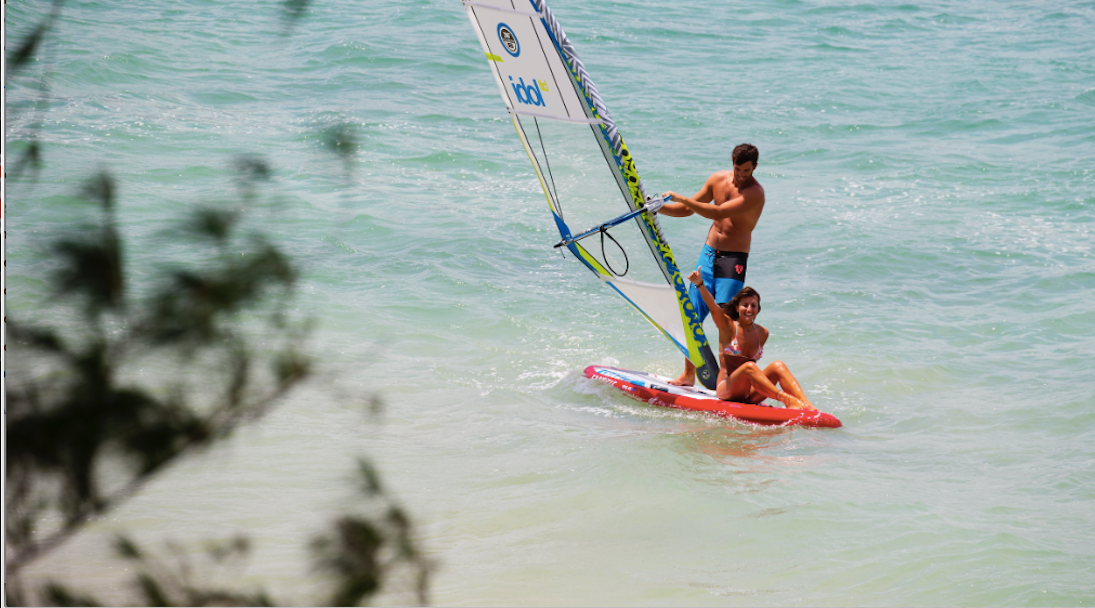 Understanding Windsurfing and The Weather

Windsurfing is a sport intrinsically linked to mother nature. Windsurfers are not only affected by the weather, but whole heartedly rely upon suitable conditions being...

Understanding Windsurfing and The Weather Morris Takes Fourth In The World!

Morris Takes Fourth In The World!