The south coast’s biggest beach and watersports festival Windfest (9 -11 September) knows how to get the party started with no less than three nights of ticketed parties scheduled to follow the day’s action-packed activities.

On the Thursday 8th September, Windfest welcomes back the UK’s premier event night, DUB OPTIC, to launch this year’s festivities in dub-style. From Reggae Roots to Jungle, Drum & Bass to Dubstep – focusing on Soundsystem Culture as the pinnacle – DUB OPTIC pledges to play the new sounds of the underground against a backdrop of visual splendour in production.

This year’s Sandbanks beach-based Windfest Life and Soul Ball has been subjected to a shake-up while still retaining its groovy roots. The dress code remains unchanged with formal black tie dressed down with funky board shorts for the guys and party dresses for the girls. However, organisers are aiming to top last year’s grand total of £7000 for the charity and to have more fun while they do it!

Come and seek your fortune from the palmist or the casino, be dazzled by magicians, adorned with body art from the tattooist or massaged while drinking cocktails in the Red Bull Beach lounge, accompanied by music from the excellent Rat Pack supported by Martyn the Hat and Pazstar on the decks.

Tickets are priced at £30 with a third going directly to the charity. Individually themed booths are available for £600 which includes 10 x tickets, waitress service and a drinks package. Make the most of your booth by sharing the space with friends throughout the evening.

For the legendary Saturday night bash, revellers are invited to solve the cube at the Windfest Rubik’s Party. At the beginning of the evening party-goers will arrive dressed in all six colours of the Rubik’s cube and by the end of the night depart dressed in just one. Guests are advised not to wear anything that they want to keep…

Tickets are priced at £20 and guests who arrive before 8.30pm will receive a free raffle ticket for the chance to win a GoPro HD Camera, Maverick Slackline, Power Kite and more.

DUB OPTIC event organiser Luke Murray said: “This year you can expect some serious headline acts for the launch of the 2011 Windfest. We have to better ourselves every year we do this show, so make sure you keep your eyes peeled on www.duboptic.com and our facebook for line up and ticket info which is released very soon.”

Windfest organiser Gary Willingham said: “The Windfest parties have become so popular that over the past couple of years we have responded to that demand by putting on three nights of parties. After a hard day of competing, it gives the riders the opportunity to relax and unwind. Nowhere else will you see such a mix of locals, visitors, business people and the biggest stars in the extreme sports industry socialising together on the beach.”

For more information about this year’s Windfest, please visit www.windfest.co.uk or www.facebook.com/WindfestUK

Trevor Funnell has announced results for the Poole Windfest Event and the Overall 2011 Freestyle Tour. The full results will be up on the... 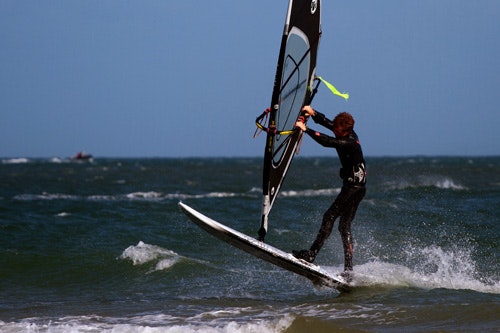 Poole Harbour Commissioners (PHC) has come on board as a sponsor for the 2011 Windfest to support young local windsurfers and sailors. With sailing now introduced...

Trevor Funnell has announced results for the Poole Windfest Event and the Overall 2011 Freestyle Tour. The full results will be up on the...

Poole Harbour Commissioners (PHC) has come on board as a sponsor for the 2011 Windfest to support young local windsurfers and sailors. With sailing now introduced...