After seeing this post from Robby Swift we decided to hunt around a little to find out where exactly many of the pros go for winter. It seems there are just 5 main locations.

In no particular order:
CHILE – Robby Swift and Ross Williams are currently in Chile. Also joined by Marcilio Browne and Victor Fernandez, we heard from Robby last night that – “Pretty fun down here. The season has kicked off a little slower than last year but we are hoping we will score later this month! Still surfed and sailed every day so can’t complain!”.

CAPE TOWN – A hugely popular destination, not just for UK pros, but currently the likes of Jamie Hancock, Adam Sims and Jamie Howard are on site. Soon to be joined by a fast recovering Max Rowe and inevitably Phil Horrocks and John Skye will make their annual migration to South Africa. Cape Town is a winter proving ground for a lot of the PWA riders and we often witness crazy new moves coming from there around this time of the year.

MAUI – Being on site for international photoshoots is not the only reason the UK pros visit Maui. Just sit down with one of the guys that travels there year on year and you’ll hear that it really is the paradise it is made out to be. Again Max Rowe was there for Fanatic/North International, John Skye was competing in the PWA Aloha Classic and even Chris Murray showed face this season.

JERICOACOARA – Famed for hosting the freestylers, Jeri is a stunt ramp heaven. No wonder guys head back there year on year. Constant winds everyday with small to medium ramps offer the perfect training ground for all the latest freestyle moves. Still there is Nic Hibdige (who has also just made it back on to the water after injury), also on site is the highly talented Oscar Carmichael.

WESTERN AUSTRALIA – Last but by no means least, WA. Already hosting many ex-pat windsurfers from the UK, WA sees the return of Ben Proffitt once again. Totally in love with the place Proffitt is joined by other international stars, including World Champions Dieter Van Der Eyken and Philip Köster, throughout the season.

So where will you head this winter; to one of these famed spots, to destinations a little different or will you huck it hard on home soil to take on the those winter fronts?

We’ll be catching up with each of the pros during the winter months, so stay tuned.

Not every awesome windsurf clip requires crazy action and these supposed ‘next level’ tricks, and it certainly doesn’t need to be doing any ‘breaking the... We are happy to see Guy made it back to shore safely but what would you do in this situation? (function(d, s, id) { var...

It’s all in the title… and this video. Awesome shot from that Flymount/GoPro angle. (function(d, s, id) { var js, fjs = d.getElementsByTagName(s)[0]; if...

Not every awesome windsurf clip requires crazy action and these supposed ‘next level’ tricks, and it certainly doesn’t need to be doing any ‘breaking the...

We are happy to see Guy made it back to shore safely but what would you do in this situation? (function(d, s, id) { var...

It’s all in the title… and this video. Awesome shot from that Flymount/GoPro angle. (function(d, s, id) { var js, fjs = d.getElementsByTagName(s)[0]; if... After one of the most epic events in recent PWA history we had to catch up with British born wave sailor Robby Swift for a... 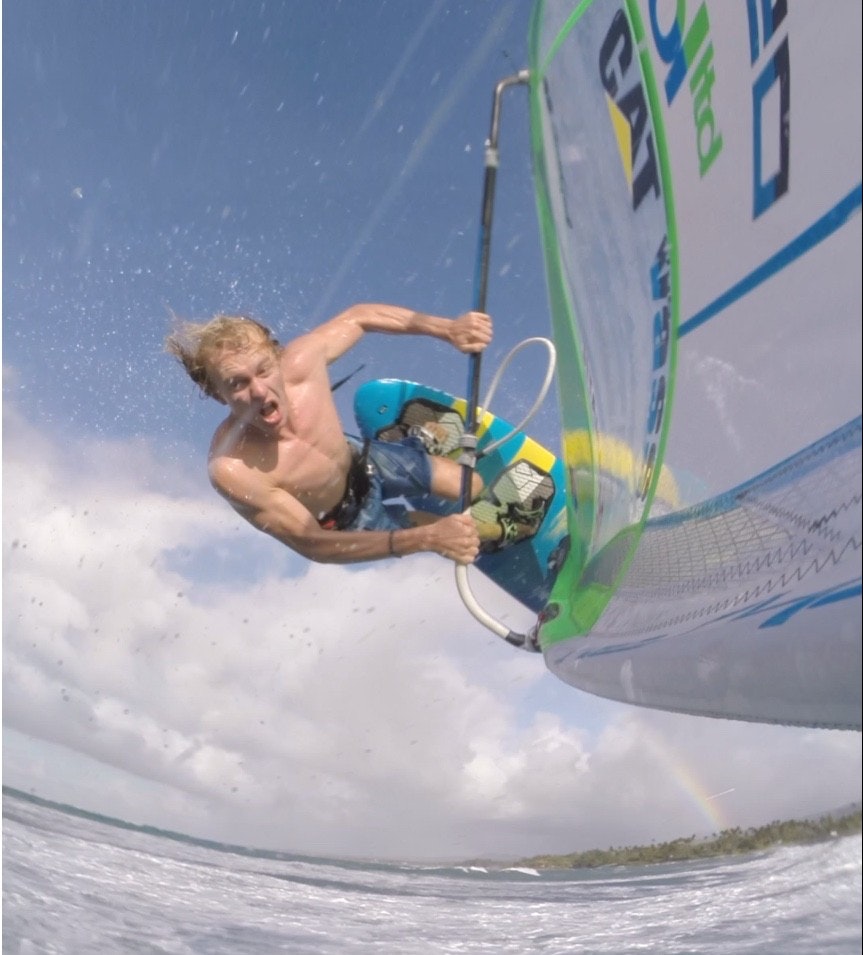 Constantly pushing the level in extreme sports is a dangerous game, but with high risk comes high reward. Nonetheless injuries are commonplace and it seems...