Constantly pushing the level in extreme sports is a dangerous game, but with high risk comes high reward. Nonetheless injuries are commonplace and it seems at some point or another, in a professional windsurfers career, a few months off due to a torn ligament, a broken bone or dislocated joint is almost inevitable. In this case, Max Rowe, whilst training in Maui, received a small dose of bad luck and now sees himself spending a few weeks recovering, and a few more in rehab. We caught up with the talented UK freestyler to find out more about what actually happened and how soon he will be fighting fit again. Here’s the story in his words with a few images of the crash… So after an awesome session at Ho’okipa during the day I was feeling pretty content, it was still windy however and I decided to head down to Sprecks together with my Girlfriend to do a. It of jumping! I wasn’t sure how it was going to be down there as the swell wasn’t that big up at Ho’okipa so I chucked in my freestyle gear and a safe plan B option that included a 6 pack of Beer. So we rushed down there ignoring the low fuel light that had been on for two days… and when we arrived the conditions looked pretty good and the light was just getting to that sweet spot before the sun goes down when the GoPro footage looks really sick. I had some pictures I wanted to do for CAT phones of me sailing around using the phone a bit and also another sponsor, Sungod, of me cruising around in the sunnies, but first I thought it would be a shame not to try and get a few push loops on camera.

There was a full rainbow upwind, I was flying on my 4.4 with chest high ramps so I couldn’t of got much better really, my first attempt I under rotated and ended up putting some pretty serious knee dents in my sail along with burying my face into it but shook it off and carried on. Now the crash it actually happened on was seriously un impressive compared with the first one, I had no speed on the inside where the ramps were smooth but when I was out the back quite a big one popped up but it was a little fat and crumbly, so when I hit it or it hit me rather I didn’t get any backwards momentum and just ended up ploughing through the top of the lip. I got so much water fired straight into my eyes I just had no idea where I was, I thought I was just going to come down in the water on my side but actually I ended up coming down straight on top of the board a little bit side on but with all my weight on top and had no idea about it so I couldn’t pre empt it at all. Anyway as soon as I landed I felt the break and it was almost like I could hear it as well. It was seriously painful and I was in shock a bit just cause I knew for sure it was broken, there were no people around me and I was quite far on the back of the reef. I really didn’t fancy spending twenty minutes body dragging in like shark bait so I just sailed back but with all my weight on my front foot, it was probably the scariest downwind run of my life!

When I made it into the beach I just dropped my gear in the shore break and started waving, fortunately Dany Bruch and a few other guys were around to carry me back to the car. So this is where it got quite interesting, between my girlfriend and I we had no money on us and no form of ID and a car that was literally on the edge of running out of Gas. I was propped up on the front seat kind of on my back so I could hold my leg in the air and we decided it would make the most sense to go home get my insurance info for a start and also to fill the car up while we were at it. For anyone that’s driven into Paia during rush hour before will feel my pain on this as we were stuck in traffic for 15 minutes just to get to the gas station. So after filling up with Gas going home to get my insurance details we were on our way to the hospital when we realised we still didn’t have any for of ID on us so back we went again. You can imagine tension could get high at this point!! 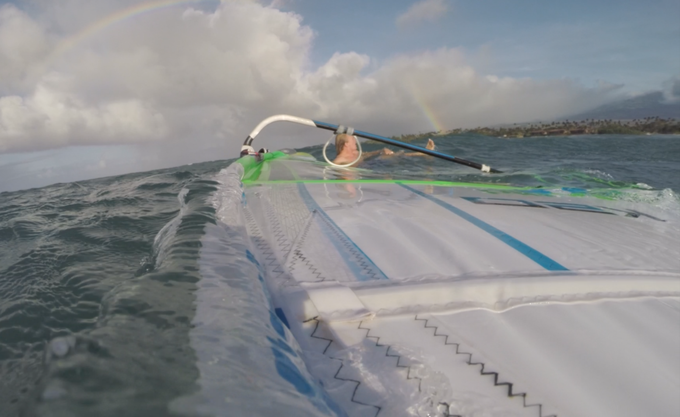 So we finally made it to the Emergency room about an hour after the accident and the CAT scan revealed the break after the X rays didn’t show it. Pretty much right at the bottom of the tibia a piece at the back just behind the ball joint has broken off and there are also what looks like it could be small fractures around the front area as well. I saw an orthopaedic surgeon yesterday and fortunately she’s given me one of those moon boots instead of a cast as the break looks stable but still no weight bearing for at least a month.  I was supposed to be here until the 22nd December but I will probably end up heading back home in the next couple of weeks, there’s definitely worst places in the world to be laid up in bed! I’m booked to fly to Cape Town on the 29th December which is looking like the first month of that trip could be solely committed to rehab but it would be nice if I could get back on the water at some point in mid to late January. Also need to say a huge thank you to my girlfriend for her help as it would’ve been a nightmare otherwise.

We wish Max a speedy recovery and hope to see him back on the water very soon. 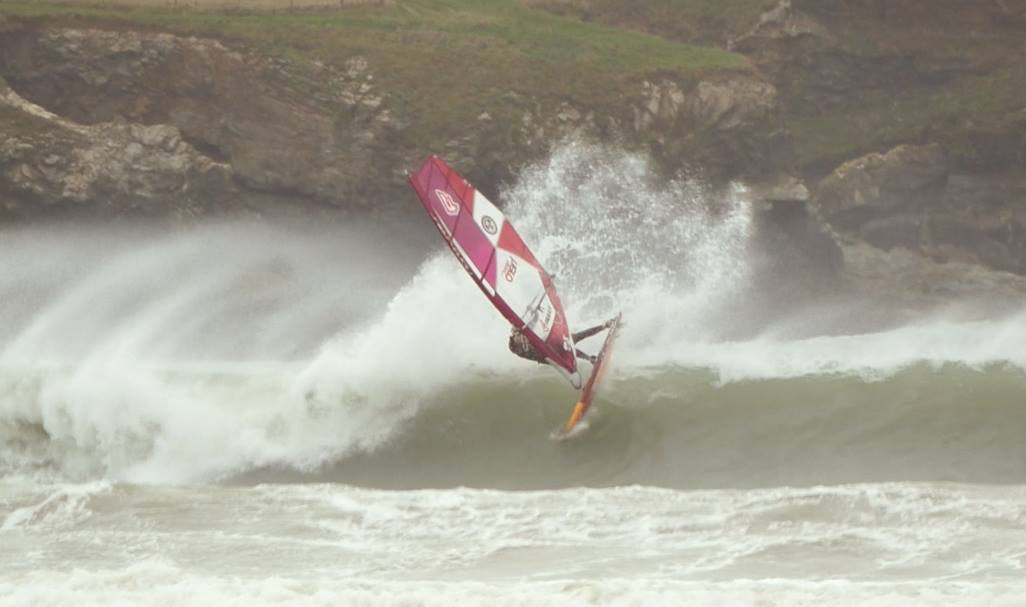 After seeing this post from Robby Swift we decided to hunt around a little to find out where exactly many of the pros go for...

After seeing this post from Robby Swift we decided to hunt around a little to find out where exactly many of the pros go for... 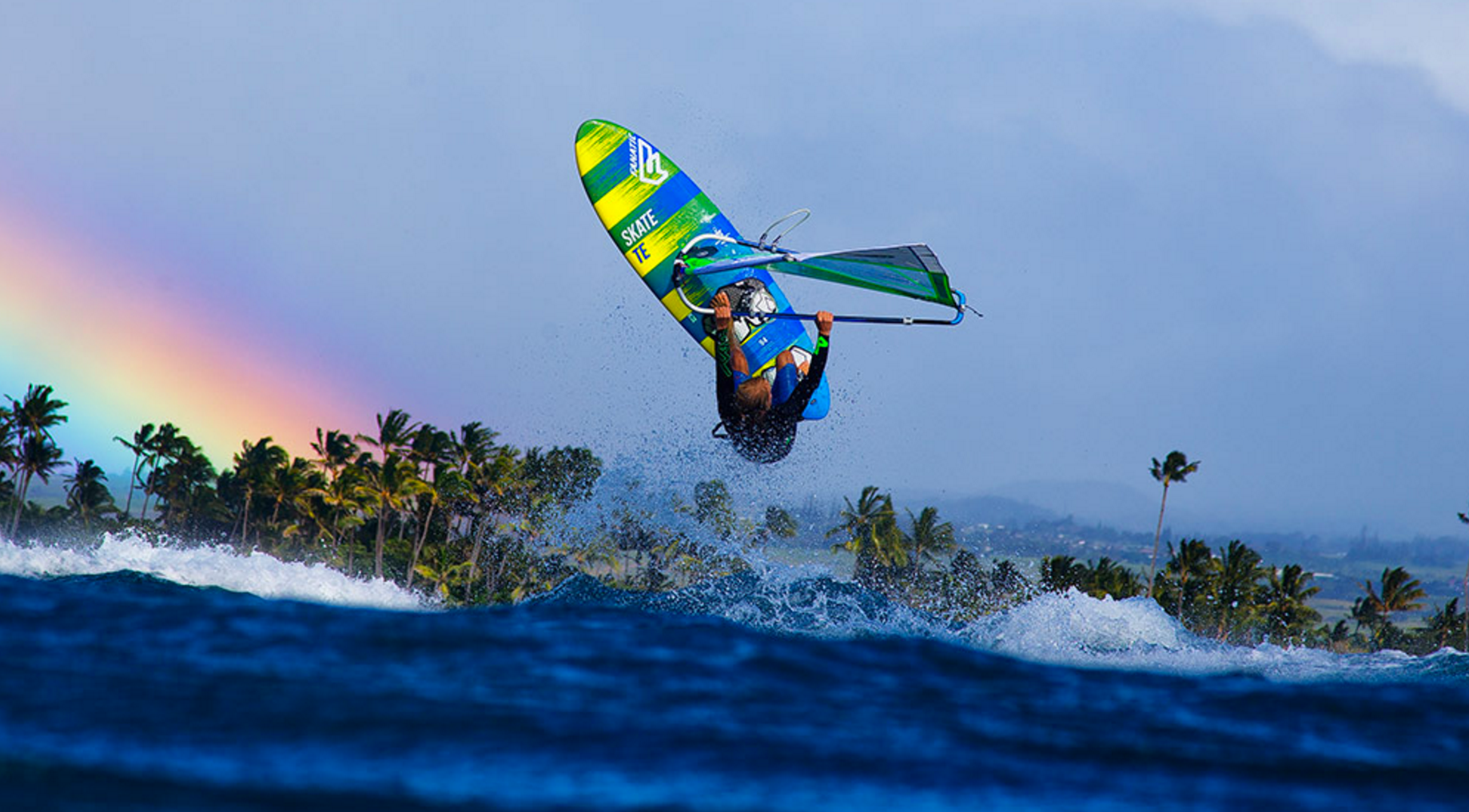 Feel The Rush with Fanatic International

Fanatic International have been in touch and this is what they sent. After watching this no one will blame you for shutting screen and heading...

Feel The Rush with Fanatic International Once again we are joined by the RYA here on BOARDS. This month they have kindly supplied us with a host of festive Christams gift...