A message from the PWA…

Unfortunately, the economic crisis in Spain has taken its toll on the Fuerteventura Grand Slam. Despite previous commitments made, the government has been forced to withdraw some of the support that it had committed to, meaning that some aspects of the event will be cancelled.

The IKA Kite and ISWC Windsurfing Speed World Championships have been cancelled which will be a big blow to the event, but unfortunately, in order to cut costs further, the Organizers have also been forced to cancel the PWA Women’s Freestyle.

These decisions have been taken reluctantly to try to preserve the long term future of the event itself, in the face of massive spending cuts within Spain.

The event will continue with men’s Slalom and men’s Freestyle as planned for 2010, but we fully expect the remaining aspects of the event to return for future years.

We know that this will be a great disappointment to the girls, but we hope to be able to bring you more positive news concerning women’s events soon.

The 2010 PWA Pozo Izquierdo, Gran Canaria Grand Prix – Day One Wavesailing’s elite arrived in Pozo to battle it out in the relentless... 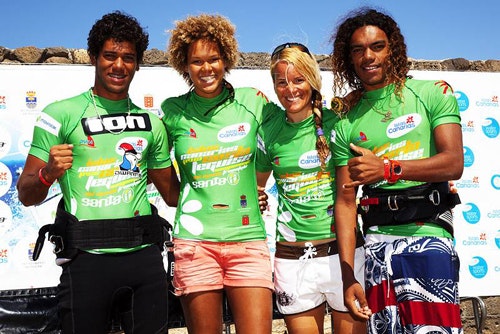