Will Rogers joins Boards for his next column, where he sums up exactly what 10 years of windsurfing have meant to him.

The summer of 2012 marked the 10th summer that I have been a windsurfer, but also it marked the 10th summer I set off on an adventure into Europe in a van looking for the chance to windsurf every day in the sun.  Some of these trips have been up to 3 months long, others 3 weeks, yet every single time there is a new adventure to be had, new friends to meet, new places to sail and plenty of crazy experiences to face.  What never fails to disappoint me is the complete stoke that the people I meet always have for windsurfing.  I thrive on the enthusiasm of these people and the ability to experience it all through an adventure keeps me going back for more!  Here’s my account of some of the highlights (or perhaps low lights) of 10 years of windsurfing out of a van…

Surprisingly, 10 years ago it took some convincing for me to take up windsurfing. Although it fit perfectly with dinghy racing for the windy days, it took a year of peer pressure before I finally decided I needed to learn.  As soon as I had the bug (it didn’t take long) I was given the opportunity to go on a road trip to Lake Garda, which I jumped at.  I had just learnt to water start, couldn’t gybe and had one board and two sails.  The primary purpose of the trip was to do some dinghy sailing training in Lake Garda, windsurfing would come as the secondary activity when it was too windy.  The second half of the adventure would be windsurfing orientated where we would set off with two dinghies in tow to explore Northern Spain to do some windsurfing for the last 3 weeks.  Clearly we hadn’t done our homework about thermal winds and it didn’t take long to be advised by an Austrian guy that if we wanted to windsurf in the summer in Europe we needed to go to Tarifa.  Flicking through the many pages of the road atlas  thinking “this is far further than we imagined ever driving” we set off for the 1500 mile drive (boats in tow) on the advice of one bloke we met in a lay by. He also suggested we stop off in a place called Leucate as it’s cheap for windsurfing gear and to buy the smallest sails we could; so we did just that! Armed with 3.7’s, two racing dinghies, a big ford transit and our teenage lust for adventure we sweated it out through Spain…..

About half way there we decided that having two racing dinghies with us wouldn’t be that practical or ‘cool’ camped up at a beach known for blowing 50 knots each day, so remembering that a huge international Olympic classes sailing regatta was happening in Cadiz (just up the road from Tarifa) we decided to head directly there as we should be able to blag dropping the boats off there as they looked pretty similar to 49ers.  On arrival I remember recognising Bryony Shaw lugging her Mistral One Design up the slip way, and quickly asking her where the boat storage area was.  She pointed out a bloke who happily took our  £10,000 worth of boats away and assured us they would be safe.  Aged just 19 we were happy with that and set off froathing into the unknown land of windy Tarifa!

On arriving in Tarifa we were quickly taken under the wing of the small English van community camped up on the beach at Los Dunas.  At the time lighter afternoon winds were blowing and we spent lazy mornings exploring all the different van conversions and  during evening camp fires we were intrigued by stories of  the stronger ‘Levante’ where we would get to use our 3.7’s.  When it finally came for a solid week we emerged out the other side completely battered and bruised, the van was full of sand and it felt that every limb had been pulled from it’s socket but neither of us cared as we had both leant to carve gybe – making us intrigued by our hair drying out when windsurfing because we didn’t fall in every time we needed to turnaround.  As the trip concluded I recall driving home through the late nights, planning where I would go next summer, how I would kit out my van, how I would even afford to buy a van.  One thing was for sure – I had caught the windsurfing bug and it’s sprit for adventure like the plague!

The following July I was back on the road, this time in my own van – the van I had travelled in the previous year was now reconverted purposely for windsurfing and included accommodation for up to 5 sweaty teenage blokes whom at various stages of the trip would change as friends and friends of friends came out for a week or two of windsurfing.  I convoyed with this and needless to say there was a fair amount of boozing on the trip, including one memorable night in Lagos, Portugal where we decided a cost effective method for drinking ourselves silly would be busking in the streets – it failed and we nursed some savage hangovers the following days with no where to hide from the intense heat of the day.  Over a couple of years and many miles we sailed a lot of spots, and did what all the stereotypical things you are meant to do such as breaking a mast in the Guincho shore dump, loosing the van key for a whole day and going up to see the Monkey’s in Gibralter before going to get some English delights in Tescos.  One year Gibraltar didn’t prove to be the best success when returning to my van to find 4 punctured tyres, it was a massive ball ache, but all I can remember worrying about was whether I was missing the wind in Tarifa.  I hadn’t and was stoked when after we got it sorted the hassle was all forgotten when we had a great windsurf with all our friends and Valdequeros, Tarifa.

If you have any sort of sense of adventure and find yourself in Tarifa, it’s almost impossible not to get the bug to see Morocco.  The huge imposing mountain ranges are right there in front of you when you windsurf .  It didn’t take us long to start planning the trip to Africa, and on my 3rd year it was on the hit list.  Poised and ready to make attempt the confusing crossing to Morroco it was pointed out to me that my passport had expired 6 months previously; that put an end to it that year and talking border control into letting me in at Dover was a little interesting as well….the following year Morocco finally turned into a reality and we got to Essaouira and Moulay for several weeks of  wave sailing.

In 2008 I was intent on maximising my university summer and planned on 12 weeks away which would include taking a ferry from mid way down Morocco to Fuerteventura before exploring the Canaries.  A few weeks into the trip it was a bit of a blow to hear that this ferry had sank in rough seas, full of passengers!  However, the trip turned an unexpected corner when I met John Palmer and crew in Essaouira. A new plan to explore Dakhla in the very southern Western Sahara was hatched.  These boys had been driving down to the desert and literally living in board bags in the sand because the freestyle sailing was so good.  The solid 24 hours to Dakhla took us only 100 miles from the tropic of Cancer but it was so worth it that the next year we all went back, and lived in the sand pit for a full 2 months.  It was absolute filthy living – everything was sandy and the flies were relentless, but given the opportunity I wouldn’t hesitate to go back for the quality of the windsurfing.

One year I was set for another long trip, the week prior to leaving I booked the van in for a full service.  5 days before the departure I collected my van, complete with new filters, oil and tyres. 100 metres down the road, the engine literally blew up – turns out the mechanics had messed up a bit and the engine was wrecked.  Determined as any windsurfer generally is, the next 5 days consisted of buying a replacement van, financing and servicing it, replacing the brakes and converting it for me to live in for 3 months.  Having sweated a little, I hit the road and had a brilliant time.  Although I was a little nervous about driving to the Western Sahara in a van I had just bought, the ex vegetable delivery van performed exceptionally!

Over the years I’ve homed in on the best spots to sail, which forecasts to look at and experienced plenty of the European coastline for surfing and stand up paddle boarding.   Every year I have given myself a new target for improving my ability and as the road tripping adventure develops, so did my windsurfing skills. Along the way I have met loads of friends with a strong sense of adventure who are completely besotted with the romance of living in a van, on the beach wherever it’s windy.

When I look back on the trips and (my first) 10 years windsurfing it’s amazing how windsurfing drives so many people to travel to some of the most extreme and obscure windy locations for their fix.  For me it just proves the stoke they get from the sport.  Everywhere I go you see windsurfers battling away to learn the next step in the windsurfing, be it a beach start or a one footed spock! Determined, dedicated and getting beaten up they are always elated and absolutely loving life when they crack it – that makes me smile every time.   My 10 years of windsurfing has been a complete adventure it’s certainly taken me to some obscure places, human nature naturally makes us want to seek adventure and I think it’s pretty cool how our whole experience learning and being a windsurfer can be an adventure that takes us to a new beach, a new lake, a new county or country or even a new continent.  The possibilities are end less.

Check out the full details of the 2012 van trip on the Tushingham website – http://www.tushingham.com/windsurfing/team/willrogers

Read the rest of Will’s columns by clicking here. Starboard have released the second part of their new board range. This includes: slimmer Carves and GOs, the new Kode Freemoves and much, much more. The... Tushingham team rider, Jo Wright, also made her way up to the Scottish Windfest at the weekend. It seems she had a fantastic time and...

Starboard have released the second part of their new board range. This includes: slimmer Carves and GOs, the new Kode Freemoves and much, much more. The...

Tushingham team rider, Jo Wright, also made her way up to the Scottish Windfest at the weekend. It seems she had a fantastic time and... 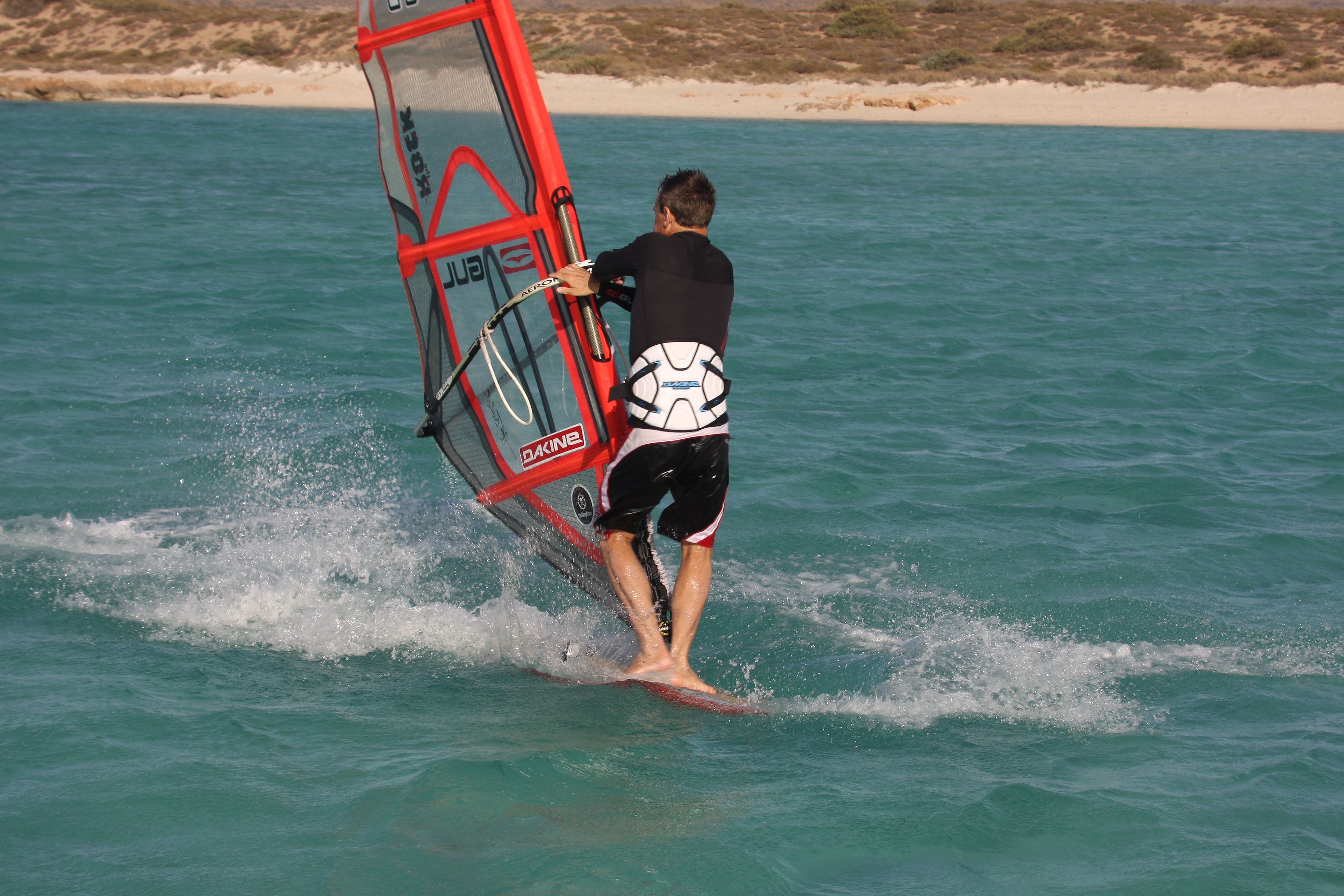 Simon Bornhoft joins Boards for the next instalment of Basics, the ultimate guide for those taking the first steps in windsurfing. A tack is a... 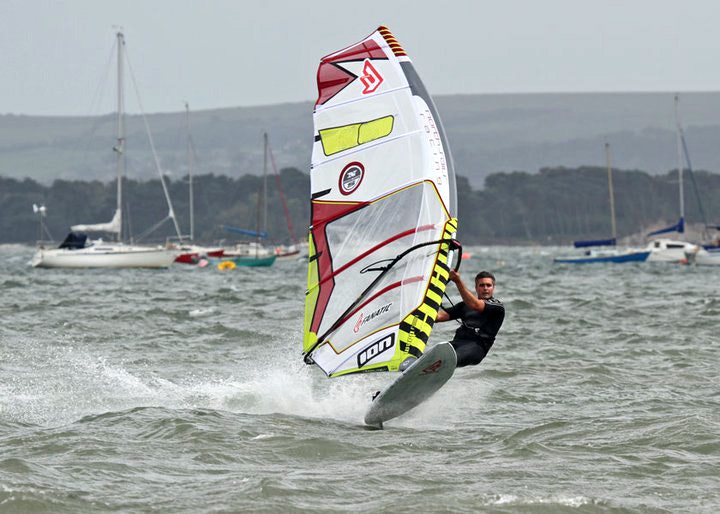