To Finish off our drone series we caught up with Pro Windsurfers Adam Sims and Robby Swift to get their opinions and experiences of using drones to film their windsurfing.

What are the advantages of using a drone over a helicopter

RS:The drone is much cheaper!!  and the drone can film you from upwind so you can get angles that are not possible with a helicopter. This is a real advantage.

AS: The obvious answer is that after two shoots from a heli you have paid for the drone and all it’s accessories. But I think there are a lot more advantages to it, it’s more agile, you can legally fly it lower without the need for a lot of paperwork, you can carry it anywhere and launch it almost anytime, you can even teach someone else how to fly it very fast and something I’m soon to try, you can leave it in the air without someone on the remote and then do your moves in front of it. Risky, but as long as you are wearing a watch and can trust modern technology then it should work out.

What drone do you use and what camera do you attach to the bottom?

RS: I just have a phantom 3 professional. I would like the inspire 1 pro but it’s so expensive that when you fly over water the whole time it is a big risk to use that one.

AS: I have a DJI Phantom 2 with the GoPro Hero 4 Black Edition. It’s a good setup that doesn’t cost too much these days, however I will upgrade to the new DJI Phantom 4 in the summer

Do you have someone flying the drone or are you using a follow me function?

RS: I have someone filming.

AS: Usually I fly it, but on occasion when I have shots of me, yes someone else is flying it. More choices of angles but also I’ve not looked into the follow me option enough yet.

Have you had any close shaves whilst filming?

RS: I lost one drone in Tahiti and my new one in chile crashed in the sand and destroyed the motors. The pilot who I use in Maui also lost his Inspire 1 Pro ($5,000 worth of drone) while filming us at Jaws. It hit Kai Lenny’s kite lines. There was also one moment in chile where Ross Williams was flying my new phantom and Klaas Voget literally jumped over the drone as he did a backloop while I took off from the same wave and did a double. You can see the footage on my Instagram and Facebook.

AS: I crashed the drone about 4 times now. Once it hit a tree in Namibia, I had no FPV screen at the time (battery was flat), then flew it about 100m from me at a height of 3m, I got the drone within 2m of the tree and stopped, got an amazing shot then I did the wrong thing with the remote and it drifted into one of the branches, you’ll see that in the video edit. Other times the battery has gone low when I’ve not had it on the GPS mode (I only ever do this on low flights over land). There was only one time when I couldn’t work out why it had crashed, it was on the GPS setting, the battery went low and it just slowly fell to the ground and into a bush. Fortunately each time I’ve only had to replace a couple of propellers, which don’t really cost much.

What are the coolest bits off footage you’ve had from the drone?

RS: That backloop close call/double forward was sick and some shots at topocalma in chile and hookipa and jaws in Maui. One wipeout was particularly good. Hope to get some more this week hah!

AS: I don’t know, it’s all pretty cool, I love the angle and try to use my drone a lot. We did a shoot under the bridge in Vienna, that was pretty awesome, the wind is super strong under the bridge but outside it immediately drops, it’s kind of unique because I can sail on small gear but we can still fly the drone so I could do some fairly decent power moves. Aside from that I’m fairly happy with the shots from Zambia and Botswana, I launched my drone at the top of the Victoria Falls and then flew it right down into the basin, I was super nervous about this, there was a lot of spray in the air and no where dry to land if the drone decided to just go down… I also got some close ups of Elephants in Botswana, this was super interesting watching how the Elephant reacted to it, it was quite confused at first.

Do you only use it for capturing windsurfing or have you used it for other sports/ lifestyle?

RS: Only windsurfing and associated lifestyle so far.
AS: I think I have more lifestyle footage then actual windsurfing. I don’t film any other sports with it, not yet at least. I’d like to film an Ironman one day, my brother is competing in that and I could get some decent shots there I’m sure, however, I’m guessing there are a few restrictions with so many people about.

What kind of conditions have you filmed in so far?

RS: Everything from 40feet jaws to head high glassy waves in chile, from 10-30 knots. The drone is amazing.

AS: Nothing more than 22-23 knots, quite gusty though. The Victoria falls also have some crazy winds, the drone was moving in ways I’ve not really experienced before, hence why I was quite nervous, but the shots were worth it.

RS: Just practice flying it a lot. There is a lot going on when you are trying to follow someone and film a steady smooth shot. The more natural you are with the controls the better you will be able to fly in a stressful situation where you don’t want to miss the shot!

AS: First get good at flying it over land, don’t think about flying it over water until you can do things like full speed figure of 8’s always pointing the camera at one object in fairly strong wind. Once you are happy always remember which way the camera points and how the drone blades tip, the can ruin a shot easily if you are filming and flying into the wind at the same time. Also remember you can reverse shots a lot, so for example if you want a shot from high to low super close then start at the object and go full speed away, then reverse that shot later in final cut or whatever you use to edit. Low shots are also some of the most impressive because it’s not an easy angle to get even with a helicopter, something about logo to mast high can be amazing, especially at speed. I’ve seen some awesome stuff from Swift and Campello like this. Lastly, action always looks best coming at the camera, not going away from it, so it’s good to try to anticipate this…

If you missed any of our previous Drone articles here are the links: RYA- MAKING THE MOST OF TASTER DAYS

This year provides a Rio-tinged golden opportunity to inspire more people than ever to give windsurfing a go. But how do you turn this opportunity into...

RYA- MAKING THE MOST OF TASTER DAYS 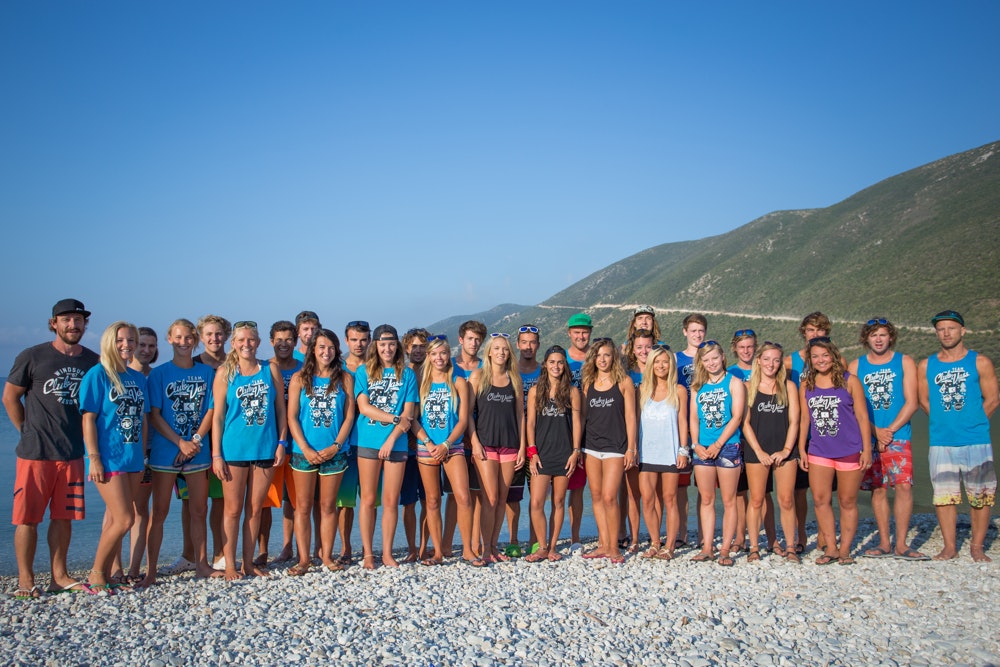 We all know the stereotype of a summer seasons job at a windsurfing club, but what does it really take to be a resort manager?...