PWA Klitmoller was a massive success, with four British riders finishing inside the top ten. Without a doubt the most incredible of these performances was from Robby Swift who came back from a foot crushing injury and straight into fifth position. Boards catches up with Swift to talk rehab, taking on Thomas, big crashes and Brawzinho’s big win.

“I went to Klitmoller because I knew I had to start sailing again at some point and I thought what better time than during the contest. You never know what kind of conditions are going to come, and I was kind of hoping that we wouldn’t get wind till the end of the week, since it would give me one more week to heal. In the end it couldn’t have gone better for me timing wise, I was able to rest, train and do my ankle rehabilitation exercises all week, and just on the last day we got wind to compete.

I was very scared to jump again so soon after the operation. It has only been 10 weeks and the surgeon and all my physios told me that it would be 4 months till I was back in action but I trained every day and I knew that I could already jump around in the gym on one foot, so I felt personally that I could do it.

I definitely wasn’t sure that I would be ready to compete. I sailed for about an hour the evening before the contest day and tweaked my back because I think I was protecting my foot and my whole body felt weird. I tried about five backloops and I crashed them all.

When the time came for the heats though, I just set my mind to it and tried to forget about my foot. I actually really surprised myself by landing a perfect double and a decent high, dry one-handed backloop in every heat. My waveriding wasn’t bad. I even did a taka against Thomas which is really scary for your ankles!

All in all it was really a great success for me. I would have liked to beat Thomas and make it into the top four; I only lost by half a point so it was clearly possible. I was winning the whole heat till he got a last minute long, connecting wave that he scored eight points on. That’s just the way competition goes though, you can only do the best you can with the chances you get given and I really felt that I did exactly that and I was happy with my performance overall.

My hardest heat was that one against Thomas. He has beaten me quite a few times now, so I want to change that next time! I am sure that if I had been slightly luckier with the waves that I chose to ride, I would have beaten him as my jumping scores were a lot higher than his and I had good turns on the waves but I just lacked the luck of finding a connecting wave and not just a close out.

The biggest crash I saw was probably a double attempt from Antoine Martin. He went straight end over end and spanked himself… He is becoming a crash master now! Every event I go to I see him doing a spectacular wipeout. It’s fun to see him pushing so hard. He is a great sailor.

Biggest congratulations of the event obviously goes to Brawzinho. I travel everywhere with him and we train every day together so I know how much work has gone into getting that win. I was really happy for him. Philip sailed amazingly, as always, and for Braw to beat him in those conditions was a real achievement so good job Braw!! Hopefully it will be my turn one day soon though! Let’s hope these injuries are behind me now!

Want to improve your wavesailing? The first thing to know is how to get out through waves. We’ve already had one great deal with Stena Line today – but here’s number two, just for you. This time it’s from Robin Hood watersports... Our Boards Autumn Winter Annual cover star, Robby Swift is on his way back to Maui for the upcoming PWA event and we’re guessing he... Marcilio Browne takes the victory in Klitmoller ahead of Philip Koester, with Alex Mussolini in third and Thomas Traversa fourth. Plus, after only just having...

We’ve already had one great deal with Stena Line today – but here’s number two, just for you. This time it’s from Robin Hood watersports...

Our Boards Autumn Winter Annual cover star, Robby Swift is on his way back to Maui for the upcoming PWA event and we’re guessing he...

Marcilio Browne takes the victory in Klitmoller ahead of Philip Koester, with Alex Mussolini in third and Thomas Traversa fourth. Plus, after only just having... 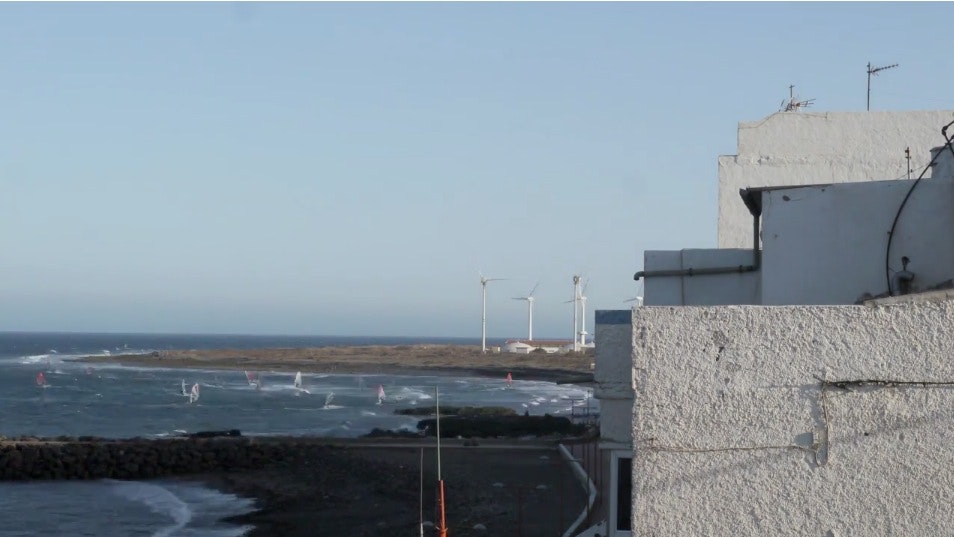 Taking on The Wall

Jamie Hancock is joined by fellow Brit Adam Lewis, plus Chris Friis at the Wall in Tenerife. Easier so to sail than the sometimes vicious...

Taking on The Wall 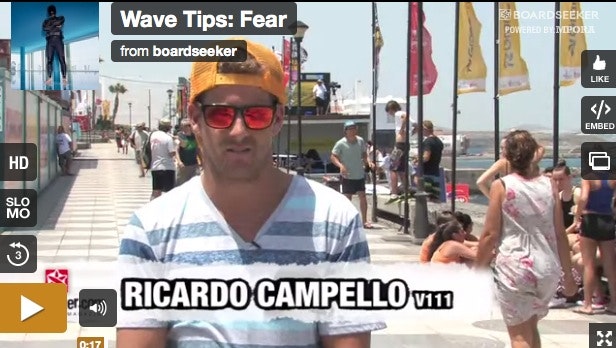 Master Your Fear with Ricardo Campello

Ricardo Campello is probably one of the craziest jumpers on tour, so how does he do it? Does he feel fear, but stare in straight in...

Master Your Fear with Ricardo Campello