Goya rider Andy King, may not have journeyed to the recent competitions but by the looks of how he has been tearing up his local Cornish spots, he certainly would have featured near the top. Andy guides you through some of the lesser known Cornish locations, more often used by surfers, that have recently delivered some incredible conditions and shows just what he is made of with some awesome images.

Cornwall is with out doubt one of the best areas in the UK for finding quality wave sailing conditions yet many of the county’s best beaches are often over looked by many windsurfers who tend to go directly to the established beaches of Gwithian, Daymer, Marazion etc…

The last few years we have been treated to many snap shots from the 5 oceans crew, giving a insight into a hard core unit of talented local sailors down west, who risk every thing to explore and find some quality reef breaks and seldom seen coves however some times the real quality breaks are there right under your nose…

So why are they often over looked?  Well the truth is they tend to be the territory of surfers who must out number windsurfers more than 100 to 1 in Cornwall and many of these aren’t too fussy about what conditions they surf in.  So, even windy side shore conditions will see the surfers out looking for that odd good wave or two that may be out there when any kind of swell in running.

Despite living in Cornwall the price of diesel has really started to make me weigh up the 70 mile round trip to Gwithian and has forced me to look at alternative locations closer to home…. time to take back the beaches…

Day one – All out assault – Crantock

Cornwall doesn’t have that many spots that cater for Westerly winds combined with small to medium west swells.  In west winds the south coast can be great but really needs big west or south west swell to get a decent wave.  Daymer and Hayle can both be good but again both need decent sized west swells or waves from the north.

On this occasion the Bigsalty forecast was showing West wind with only a moderate west swell due to build during the day.

A friend and long time local sailor had been badgering me to try Crantock in a westerly for months, but previously I had always opted to head west and hunt out rare starboard tack conditions instead.  Well, on this occasion I decided to save the diesel and chance a sail at Crantock with fingers crossed it wouldn’t disappoint.

The parking recommendation was to go to the National Trust car park behind the sand dune at Crantock however I typically ignored this and went straight to the car park at the Bowgie Inn which is up on the headland and overlooks the beach.

From here it is cliff top walk at high tide or a quick and easy path to the beach at low tide.  The national trust car park gives easy access at high tide but a longer walk at low tide so whichever best suits the tide really.

From the Bowgie Inn I had a great view of the conditions below which looked nice with a solid force 5 – 6 and head high waves rolling in.  The wind was side onshore and the tide on springs dropping to low.  Spring tides are never ideal on main beach breaks but you have to take what you get here in the UK.

With the side onshore wind I opted for my 5.3m Goya eclipse and 92 Goya wave quad board to ensure I had plenty of power for jumping.  Best option is to carry your kit down to the beach and rig up down in the lee of the headland.

A quick phone call to my father in law who was to our camera man for the day ensured he was ready to take up position over on the western side of Pentire headland.

News had got out and we had a crew of ten or so wave sailors ready to stake their claim on this beach at least for a few hours anyway.

Once on the water I was pleasantly surprised by the power of the wave.  Crantock is well known for having a really good right hander which breaks off the Newquay’s Pentire headland and this wave was providing some really nice jump ramps and hollow bowls to dice with on the way in.  You needed to be spot on with your timing mind as any errors would be quickly punished as the onshore wind would encourage the lip to drop earlier than you might think.

Mid tide was certainly better than the full spring low which turned the waves more onshore but it was still fun and all in all I sailed for about three hours under sunny skies.

The only real hazards to watch out for other than the obvious two head lands at each end of the beach is the river that runs out of the north end of the beach.  I was right over in the north corner at low tide and at this point the river was merely a stream and was having no effect on the sailing conditions however at different tides or after heavy rain there may be different currents etc worth bearing in mind.  Life guards are likely to have swim zones here during the summer months but they weren’t there on this day.

Apres sail refreshments are just a short walk away at the Bowgie Inn.  During the summer there may well even be live music on the weekend evenings to add to the days fun. 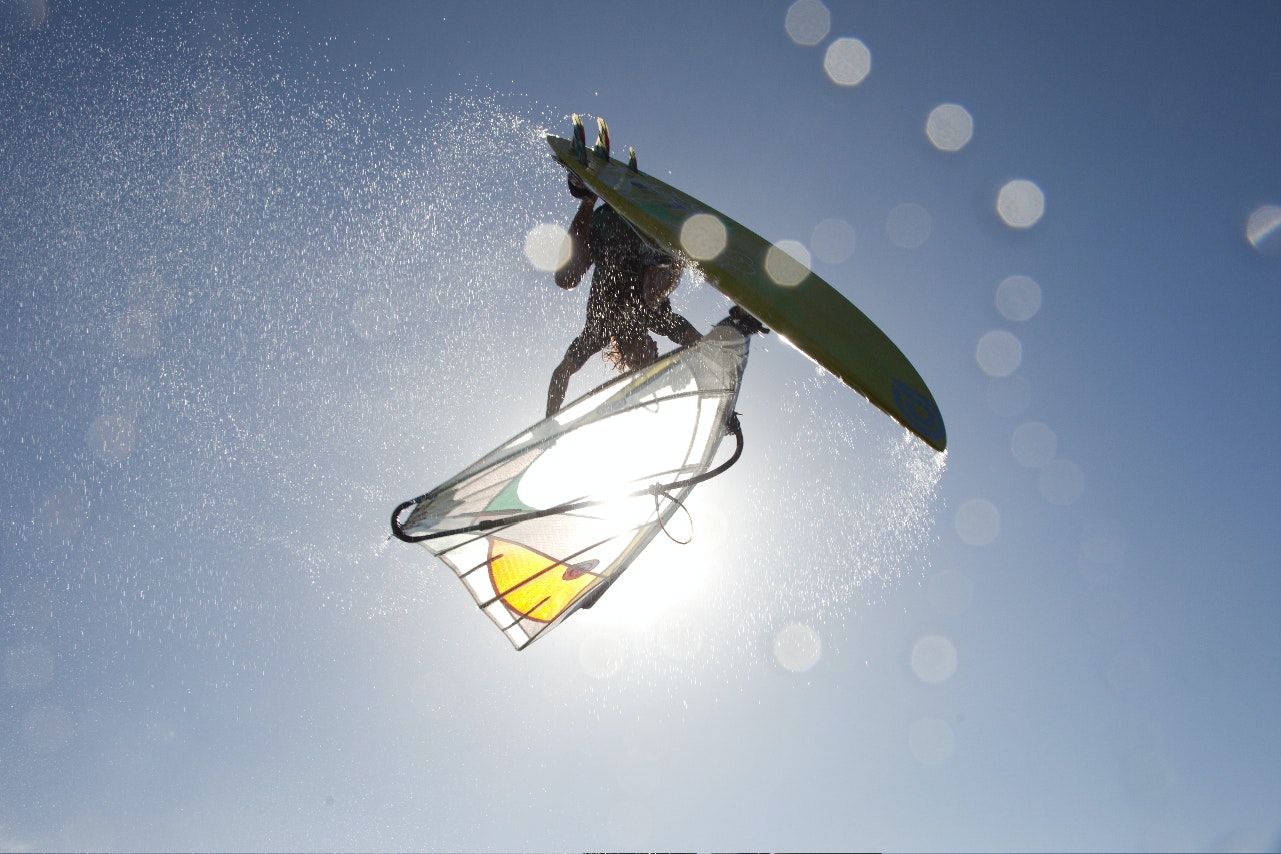 Andy King is at it again, scoring some more incredible conditions in the South West of England. Whilst he may not be competing with the... The Robin Hood demo day,  held at Yorkshire Dales Sailing Club on Grimwith Reservoir, was a massive success with both wind and sun making an...