About half of my sessions have been in cross-shore to cross-on windblown waves with typically thigh to head high waves and up to about 75 degrees onshore on both my 5.3 and 4.8. The compact and nicely distributed volume makes it easy to get out over white water and she planes up nice and early. With plenty of volume in the tail and the compact shape I have enjoyed making small jumps but can’t comment more than this on jumping. You can vary the radius of the bottom turn really easily to hit whatever section you want and then go for everything from a nice grippy top turn through to massive tail slides. Whilst my 75 litre board is certainly looser, the mootant is plenty loose enough and makes wave riding in cross-shore and cross-on a doddle and allows me to sail with confidence and really push going vertical into the top turn. The tail width helps you maintain a lot of momentum in order to link up multiple front-side turns in even pretty cross-on conditions with ease. I have even made front-side turns in almost bolt onshore conditions. I enjoy cross-on conditions anyway, but the board really flatters and makes me look much better than I am. I have also had the pleasure of some really nice cross-off to cross-shore sessions in proper ground swell with waves from knee to head high and nicely powered to float and ride. This is where the versatility of the board really shows. I was expecting it to be good in cross-on but was a bit worried about the width (especially in the tail) in cross-off. I’ve actually found no problems in down the line riding where the board can again vary the bottom turn nicely from tight to longer drawn out with no issues with bouncing out that you might expect in a board of this size. The stability of the board is great in float and ride and picks up waves easily and allows you to get out in very light winds. The board can again grip well in the top turn or slide out if you want it to and no problem in throwing lots of spray on the top turn. I reckon head high is probably close to the limit of the board where you would want something narrower. When slogging you need to pay a bit of attention to the short shape with the very occasional nose dive but as long as you are careful with your front foot this is not really a problem. I have also had some sessions that normally you would be windsupping or longboard surfing. Knee high clean waves with very little wind where you can ride along the wave out of the straps but still getting some turns.

I have also enjoyed some really nice flat water blasting and fast gybing sessions. It may not be the most exhilarating board in such conditions but I find the nice smooth ride and easy pop in chop good fun. As well as planing easily she glides through lulls really well and there have been times when she is planing at a very low speed (similar to freestyle boards I have used in the past). So, whilst you wouldn’t have this board solely for blasting around it can certainly turn its hand to this.

So, overall I think the mootant is a pretty impressive board. The super compact shape is amazingly versatile and I’m now desperately wanting it not to be too windy when I go out. I am sure this is partly about that early honeymoon phase with a new board but I genuinely like the way the board turns tightly, keeps speed in cross-on to maximise the number of turns and can also turn itself to head high cross-off float and ride. The board also has a good wind range and easily overlaps with my 75 litre board on the 4.8 sail so makes a great two board quiver. I’m already saving the pennies towards replacing my 75 litre board with a similar compact shape. 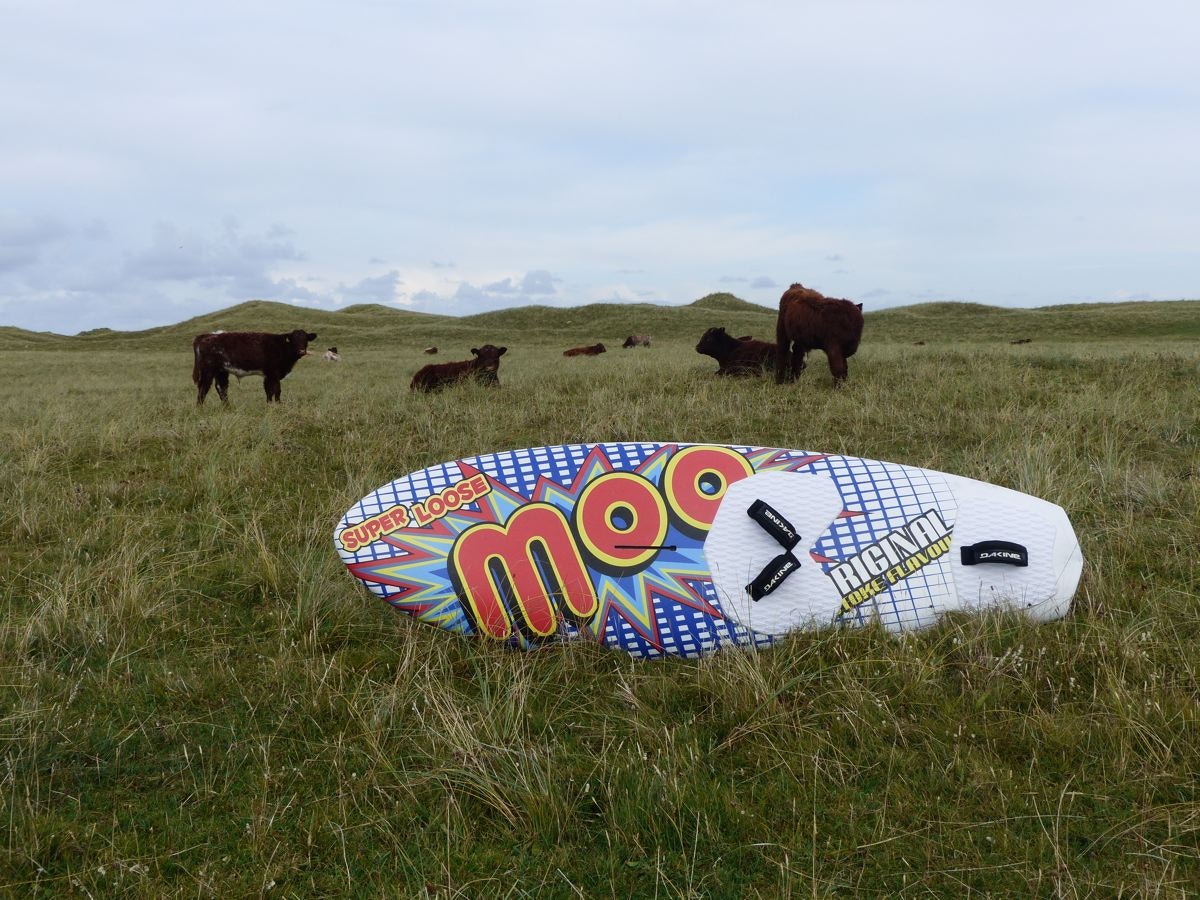