OTC have announced that C3 Fins are now officially on sale in the UK. C3 Fins in the UK
C3 Fins are fast becoming established as THE performance fin in both slalom and speed circles. Designed by Boogie Vierth and Dave McPhee from Wildwinds in New Zealand, they are precision milled G10 fins that will rival anything else on the market. The proof is in the pudding, with both Dave Garrel and Kevin Greenslade using them at Weymouth Speedweek this year and claiming the top two windsurfing spots for the event. And take a quick look down the year’s GPS Speed rankings and you’ll see the who’s who of speed are using C3 fins. Many of the brands’ test teams use C3 fins in their R&D programme, whilst the reputation for control of the Venom freerace fin has led to Starboard replicating the fin for their Futura range (albeit using a less accurate moulding technology).

The Official Test Centre (OTC) in Weymouth are very pleased to say that they are the UK importers, so go to their centre in the grounds of the Weymouth and Portland National Sailing Academy (WPNSA) and try them out for yourself. For more information get in touch with them on  0121 2889965 / 07817 717904, or email [email protected] 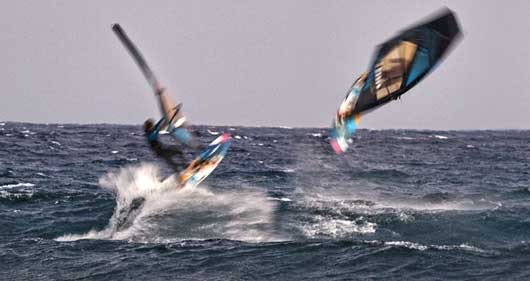 The 4th placed Brit in this years BWA wave tour sets a new low as he discusses taking on doubles whilst riding black. Don’t believe...

K4 Fins introduce two new and exciting fins in the fast-growing K4 range. We are pleased to present the K4 ‘Bubble’ Freestyle Fin and the...