SWA RhosNess Monster, full write up by the Hoff…

“On the Thursday night I checked the weather forecast for Rhosneigr, closed the laptop with an approving whistle, prepared the prizes for the upcoming competition and then set about packing my bags for the weekend ahead and …a storm was a-brewing! All forecasts were pointing toward a weekend of conditions that may rival those of the Christmas period only a month earlier. I was excited.

The beast that was the Rhossness Monster was stirring.”

On Friday night, student windsurfers from all over the UK were travelling to Bangor. Battered by torrential downpours, limited visibility and winds that wanted their vehicles to anything but stay in a straight line; they persevered. Many hours after leaving their home cities, they began to arrive. Military precision was immediately employed by the Bangor committee (assisted by Taffy Osborne) to ensure the weary drivers were parked and watered without any delays. It was a slick operation, but there was soon a definite contrast between the competitors and the spectators at this event.

After the traditional SWA breakfast of bacon butties and cups of tea…competitors and spectators alike began taking to the road and making their way on the short hop over to Anglesey and then on to Rhosneigr.

From inside the moving vehicles it was hard to tell how windy it really was, but all questions were answered after turning off the main road and laying eyes on the cauldron of white water that was smashing into the bay at Rhosneigr.

We had wind, we had waves…we had an event!

While the safety crew and competition organisers prepared for the morning briefing, the keenest of early arrivals rigged quickly and took to the water. The consensus was 4.7…for a little while. At around 10.30am a squall blew through with gusts peaking well into the high 40’s! Riders rushed to the beach, and rapidly returned to the rigging area to drop down to a smaller sail.

After the briefing, the heats began; and fierce competition ensued. Local rider Tom Bennett-Lloyd (Bangor University/Puravida/Simmer Style) was on a charge, but Mike Ellis from Southampton stopped him in his tracks. Mike kept his foot on the gas and went on to meet Tom Firth in the final. Tom came out on top and made it to the winner’s final. Jony Price (Cardiff University/Puravida/Vandal) sailed brilliantly in the warm up but just couldn’t find the waves like his teammate. Meanwhile, the competition saw solid efforts from Joe Shuttleworth (Cardiff University) and Ben Page (Southampton/RRD/Andy Biggs) and both made it through to join Mike Ellis. It was also fantastic to see Elizabeth Ellis (University of Bristol) braving the conditions with the other competitors and representing the women of the SWA series.

At the end Saturday’s Single Elimination, Ben Page was in 1st place, followed by Tom Firth in 2nd, Mike Ellis in 3rd and Joe Shuttleworth in 4th.

Conditions on the Saturday were best described by our Guest Judge, BWA Chairman Nigel Treacy: “The conditions today would have challenged the pro riders on the BWA tour and they are all blessed with the very latest kit and plenty of spares! I was very impressed with the sheer level of rider skill and determination today on a real mix of kit. It was a pleasure to judge these guys and really looking forward to running a double elimination tomorrow if we can brave the storm! Today I saw some real talent that I hope will be heading the BWA tour”

With the experience of Nigel and Jim (Puravida), and the assistance of Hoff and Taffy operating as beach crew; the day ran smoothly despite some of the most challenging conditions ever seen on the SWA Wave Series tour.

Rigs and boards stowed for the night, the weary wave-warriors saddled up and crossed back to the mainland for the much anticipated Saturday night fancy dress party….Monsters vs. Aliens!

As with all wave events, it was definitely a smaller, more intimate number of people; but despite this the aptly dubbed “lash monkeys” were on top form. As we’ve come to expect from the SWA, whether planned or improvised at the last minute: the fancy dress efforts were awesome! Needless to say, for many it was not an early night! It was a good job the Bangor committee pulled out all the stops and put on a hearty sit down meal at the start of the evening.

And then, the morning.

The wind and rain was fierce. Windsurf club after windsurf club battled the conditions on the roads to make it back to the island…but they were handsomely rewarded. The wind and swell had built overnight and the scene was set for an amazing second day of competition.

The forecast for Sunday was crazy and the competitors got to the beach very early hoping to run the competition while the wind was dead South, meaning cross shore for port tack jumping. But the rain was so heavy it was making visibility very poor so it was impossible to judge the competition! They didn’t have to wait long for it to clear up though; but unfortunately as soon as they hit the water the wind swung bolt onshore.

For many competitors, this was their first competition experience, and after having so much fun on Saturday, everyone was very keen to get back on the water to give it another go! With guest judges Farrell O’Shea and Nigel Treacy, the competition ran through a full double elimination – unheard of for an SWA event! The results didn’t change much from the single elimination – except for Jony coming from behind right through to the final to face Ben Page.

Jony quoted: “To be honest, I was very lucky to get through some heats, the level of windsurfing was ridiculous! With guys landing fully planing push loops, crazy high forwards and backys, everyone was going for it 100%!”

At the end of the day, Ben Page came out on top (1st), with Jony Price taking 2nd and Tom Firth coming in 3rd. For the women, Elizabeth Ellis came 1st.

To summarise, this was one of the best wave events I have personally had the pleasure to be a part of. As always, it wouldn’t have been possible without the support of all the SWA’s fantastic sponsors: in particular Puravida for all their support at the event and also Funsport Rhosneigr, who opened their doors and let the SWA take over their building for the weekend! It should also be said that Bangor University Windsurf Club outdid themselves; a real tribute to how a windsurf club can evolve from a handful of enthusiastic members to a thriving club that has proven it can handle the beast that is: the Rhossness Monster. It looks like the BWA ladies fleet is really hotting up this year as more top PWA sailors come to take part in the British tour.... Adam Lewis has already proved himself as a worthy competitor on both the BWA and PWA tours, with his recent move to the Fanatic/NorthSails international... 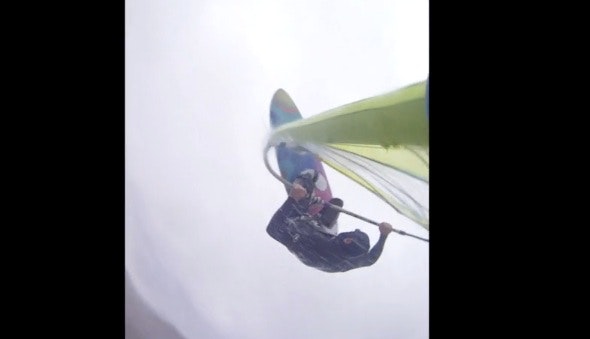 There hasn’t been a better windsurfing winter here in the UK for a long time and masters BWA competitor has taken advantage of this, getting...

It looks like the BWA ladies fleet is really hotting up this year as more top PWA sailors come to take part in the British tour....

Adam Lewis has already proved himself as a worthy competitor on both the BWA and PWA tours, with his recent move to the Fanatic/NorthSails international...

There hasn’t been a better windsurfing winter here in the UK for a long time and masters BWA competitor has taken advantage of this, getting... 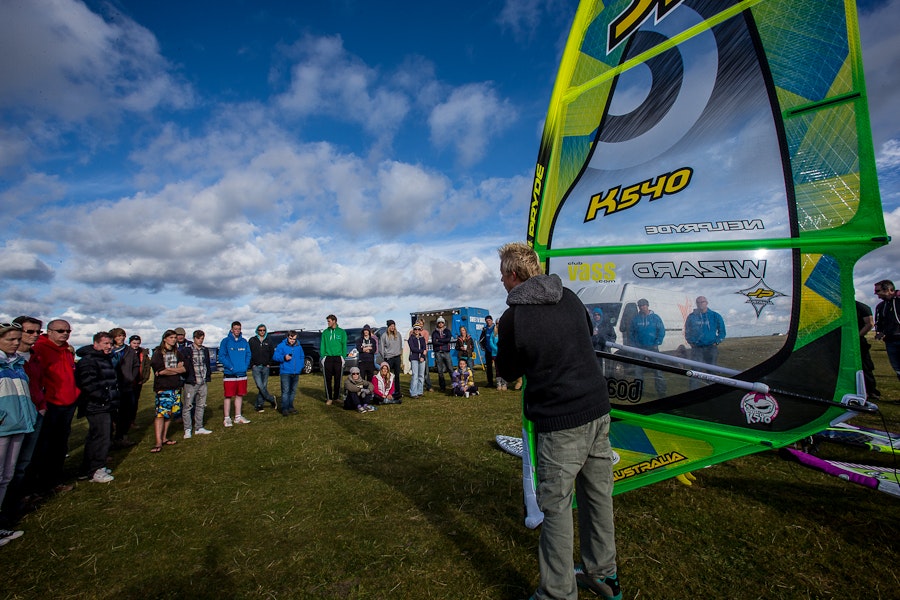 The BWA event in Tiree will now start one day later for all fleets (except the pro division) to allow more competitors to make the...