The weekend of 22nd-24th April saw 130 students flock to the Weymouth and Portland National Sailing Academy for an intense weekend of competition. It was all to play for – as results counted for both the students overall rankings across the SWA series, as well as BUCS points up for grabs for their universities. We’ve previously looked at who managed to win the BUCS points, and now we’ll see who came out on top in the SWA series across the year.
The SWA series consists of 8 events throughout the year – we kicked off the season at Aussie Kiss Student Windsurf Festival in Bude back in October, and have then travelled across the country to Plymouth, Birmingham, Cardiff, Bangor, Bristol and Nottingham – before rounding off the competitive season in Weymouth this weekend. Each event carries vital points as students battle for top prizes from sponsors. Fitting with the theme of ‘The Great Migration’ students arrived in Weymouth from across the country on the Friday night, to set their tents up to form their territory for the weekend. An evening spent catching up in the pub was followed by an early start on Saturday morning as the sunrise woke the competitors somewhat bleary eyed.
The competition kicked off with the racing, with the results counting for the overall racing standings.
The race series was one of the most competitive, with the final standings all coming down to the results at Nationals in Weymouth. Alex Parker from Cardiff showed consistency across the year, and managed to pinch the top spot from fellow Cardiff competitor Amy who couldn’t make the final event. Series sponsor Patrik Diethelm rewarded Alex with a sponsorship for the next year.
In the Intermediate Fleet, Pablo of Bristol had a very successful day – with a 3rd place finish on the day enough for him to win the series overall. In the beginner series, Josh Wilkins took the title for the year, with a tie for 2nd place. A thumb war seemed the obvious way to break the tie – but after a stale mate it was called evens.
Advanced Race Series – sponsored by Patrik Diethelm
1.    Alex Parker – Cardiff
2.    Leo Calnan – Southampton
3.    Matthew Duffin – Bristol
Alex Parker – “There’s been some really good competition and it was a close race for the top 3 at the end, I’m super excited to win sponsorship with Patrik and Sailloft to become part of Team xplg and looking forward to the future with them!” 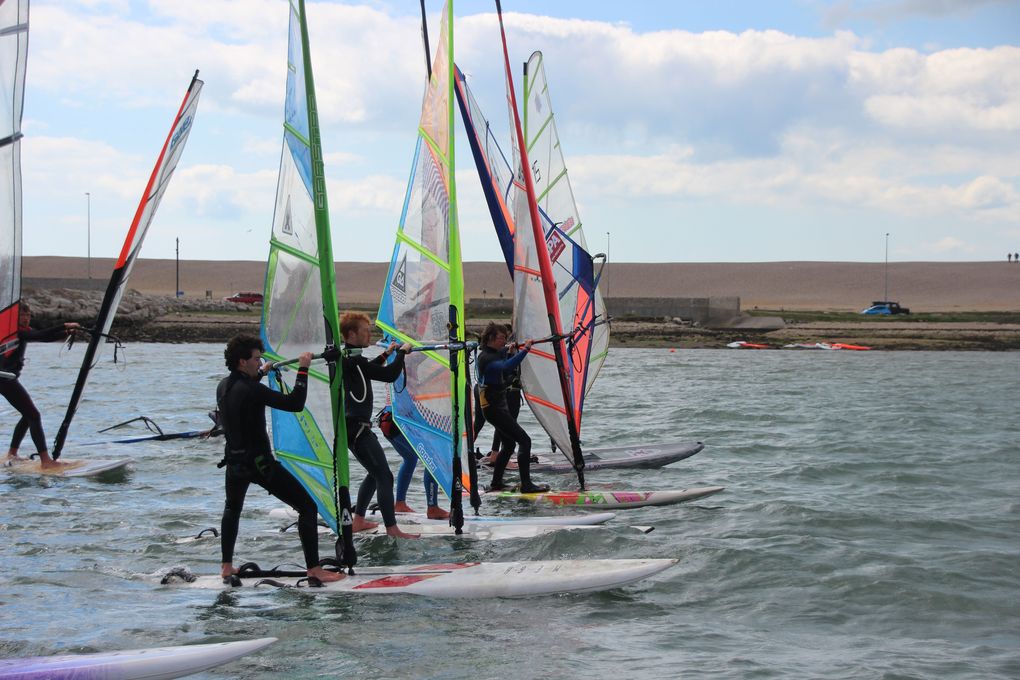 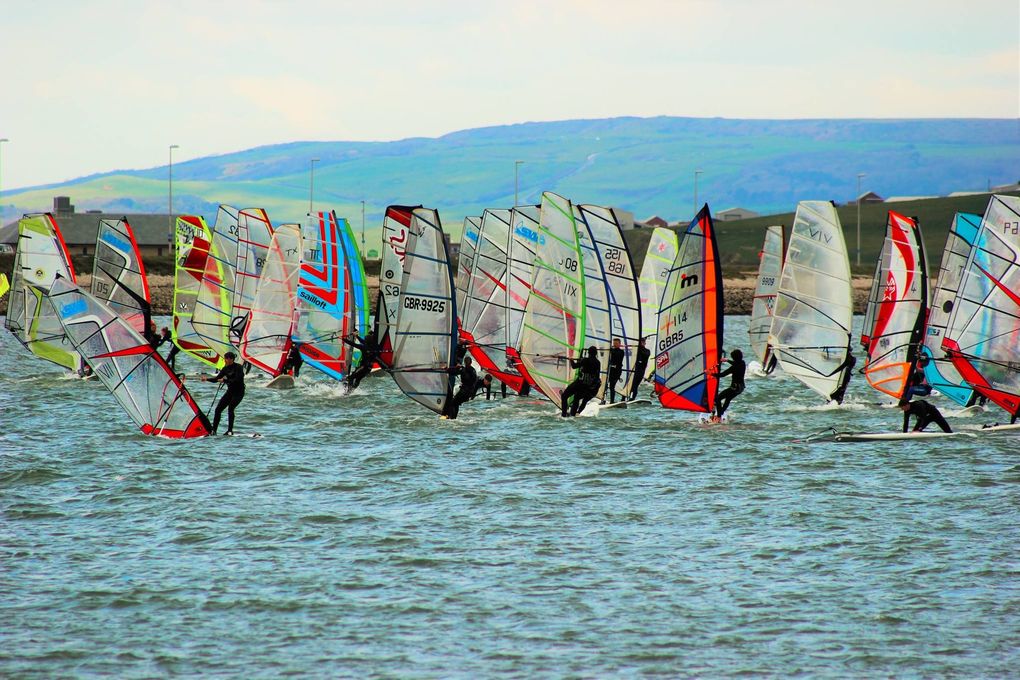 Exhausted from all the racing on Saturday, the students headed back to the campsite to refuel on some well earned fish and chips, before getting into costume for the evening entertainment. Deer, parrots and some questionable penguins were all in attendance as the students partied like they know how for the final night of the SWA series.
Sunday morning saw the conclusion of the freestyle and team racing series, as well as the final chance to grab points in the overall series.
Freestyle Series – sponsored by Boardwise & K66
Conditions for the freestyle series have encompassed both high and low winds – and it was the competitors who thrived in both that came out on top. Last year’s champion, Charlie Wilson of Southampton, had a fantastic competition on the day, allowing him to retain his crown, and in doing so bag a new boom.
1.    Charlie Wilson – Southampton
2.    Alex Parker – Cardiff
3.    Leo Calnan – Southampton Wave Series – sponsored by Puravida/Ion
The wave series saw some high level wave riding at both Bangor and Plymouth – we reported on how Matt clinched the title (link to Boards article), and in doing so won £250 of ION vouchers to spend on any of their products. New for this year, the wave series also rewards the most improved competitor. Ben Bulson of Bristol went home with a brand new Vandal sail after showing some serious grit and progress throughout the year.
1.    Matt Cox – Plymouth
2.    Sara Kellett – UWE
3.    Tom Bennett-Lloyd – Bangor
Overall Series Results
–    King of the Wind – Men’s Series – sponsored by Supersaturated
–    Queen of the Wind – Women’s Series – sponsored by Tushingham The overall series combine the results across all disciplines – race, freestyle and wave sailing – across all events – testing the students in all conditions. Combining his podium positions from racing and freestyle, Leo of Southampton just squeezed out Alex of Cardiff for the title and kudos.
Leo Calnan– “King of the Wind “absolutely stoked I won the title, it was close between Alex Parker and I so it could have gone either way!” 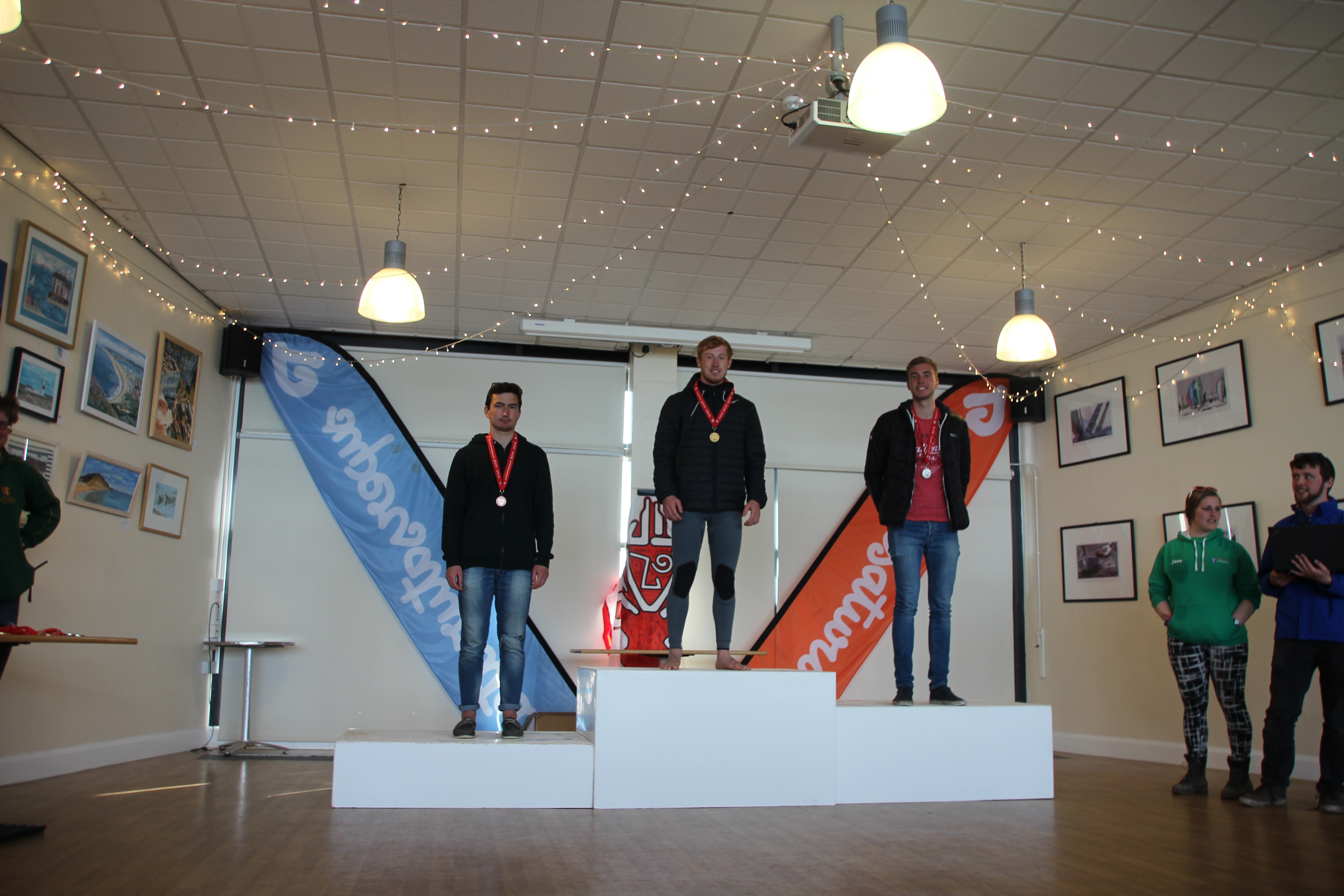 The weekend of 22nd-24th April saw over 130 students flock to the Weymouth and Portland National Sailing Academy for an intense weekend of competition. It...

Next weekend sees students flock to Weymouth from across the country for the final event on the Student Windsurfing Association calendar for 2015/16. This weekend...