Day two of the Boards ‘Speed Week’ and today we’re catching up with another British speed superstar, Steve Thorp. On Monday Farrel O’Shea shared his wisdom in the ‘Beginner’s Guide to Speedsailing’, now we ramp things up a little as Steve Thorp divulges his 10 speedsailing secrets.

**Steve is now sponsored by Hot Sails Maui, not Simmer as stated —>

1. So, there’s no big secrets I know of (just a few little ones). I don’t smear cow dung on the Moo, or have any other go faster magic tricks (although I might try that.. I’ve tried a few things… none have worked). It’s simply about being as lit (powered up) as possible, on the smallest speed kit you have, on the flattest water you can find.

2. For some strange reason, on every fast day, there’s nearly always a golden 5 minutes where the elements align and anyone getting a run in goes a lot quicker. Make sure you’re on the water when this happens!

3. Don’t trust the forecast. It’s very easy to believe the ‘wind will increase all day’ line, lay in bed another half hour and find when you arrive the speeds are getting slower. Or pack up early just before that big rain squall at dusk.

4. Be prepared and know your gear. Rigging a fully cammed sail for the first time in a force 10 in the rain isn’t ideal, especially when you change the downhaul setting 3 times to get it right. Many a magic squall has been missed by people re-rigging frantically and slowly, or sanding fins to fit boxes.

5. Test and tune kit for that special 50 knot wind day, on a 50 knot wind day. You only learn what works on the limit by being on the limit. For sure, tune and practice on the slower days, but don’t expect your favourite upright super-efficient lifty fin to be much fun when you’re hanging on for dear life, massively overpowered and tail walking. (Stiff, thin and swept is what works for me).

6. Speedsailing isn’t a walk in the park. I treat the really windy days like going to war with the elements. I expect it to be punishing, kinda scary, bloody hard work, with the odd brutal wipe out. But these days don’t come that often, so you have to dig deep.

7. For your given speed location, learn which direction the wind blows to give the fastest times. This is more critical than you might think, at Kirby I know within five degrees, and the wind will regularly swing ten.

8. You have to sail with as much power as possible. If you’re totally lit for record speeds off the wind, you won’t be sailing back upwind without a hell of a fight. Lines way back and a weight jacket make life much easier if you’re not walking.

9. Bearing away is the best way to deal with massive gusts. The sail will become easier to handle and there’ll be less pressure on the fin. I imagine I’m just being blown along holding onto a parachute, letting the board run free. The more overpowered you are the broader and faster you should go.

This article originally appeared in the 2012 Boards Spring/Summer Annual. To subscribe to our printed magazine click here. Last week we reported that that BBC Breakfast were over at Weymouth speed week, filming with Zara Davis and Mike Bushell. Now, for those that... If you don’t fancy heading to the BWA Cornwall this weekend over at West Kirby (CH48 0QG) Robin Hood Watersports are holding another demo day! It will... Weymouth Speed Week also kicked off at the weekend, with light winds down south as well as up in Tiree. Competition has of course still...

Last week we reported that that BBC Breakfast were over at Weymouth speed week, filming with Zara Davis and Mike Bushell. Now, for those that...

If you don’t fancy heading to the BWA Cornwall this weekend over at West Kirby (CH48 0QG) Robin Hood Watersports are holding another demo day! It will...

Weymouth Speed Week also kicked off at the weekend, with light winds down south as well as up in Tiree. Competition has of course still... 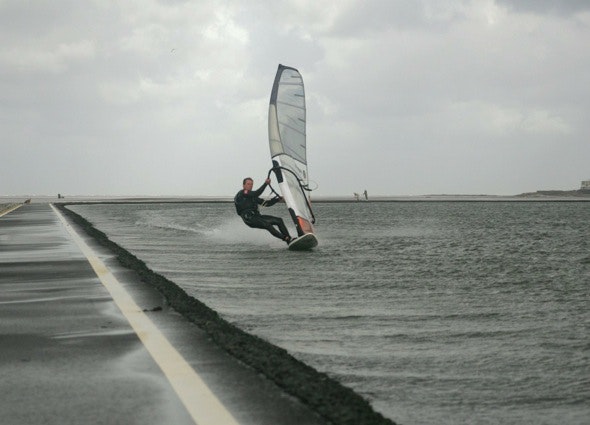 Continuing our speedsailing series on Boards, we now catch up with the British rider Ian Richards who recently hit the big 5-0 at West Kirby.  Name:... 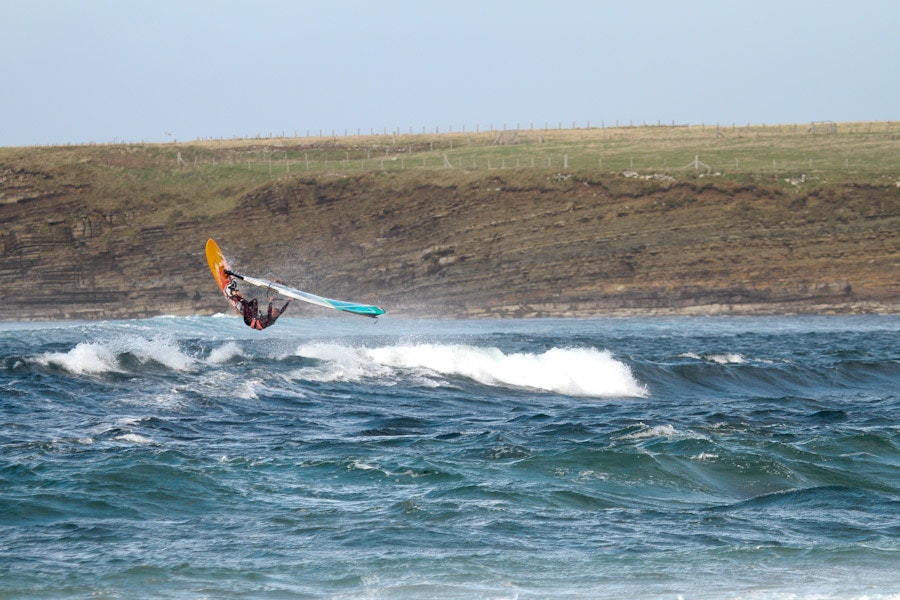 A quote from Steve Thorp on why he loves, and you should read on to find out more, about the Orkney Islands… The Orkneys have an...