The Pro fleet on the BWA tour was as hotly contested as always this year, with many of the British names that have proved themselves on the PWA tour coming back home to vie for the title.

It came down to the wire, with the title winner being decided at the very last event; this just goes to show what an abundance of talent the UK and Ireland have produced of late. Any number of the top sailors could have taken the top spot, but it was Jamie Hancock who took the tile win after impressive performances at every event.

At the beginning of the year though it was John Skye who looked in a solid position after coming fourth in Wales and winning Ireland. But as family commitments took over Skyeboy  took himself out of the title race.

The likes of Sam Neal, Jack Hunt, Chris Murray and Andy Chambers performed well throughout the year to earn themselves top 10 positions on the tour, but they couldn’t quite make it into the elusive top five.

Fifth place this year went to Adam Lewis who started off the year with a bang, taking second in Rhosneigr, but despite incredible results on the PWA this year Adam couldn’t quite follow up the success in Ireland or Cornwall.

The starboard tack master James Cox shone in Ireland taking a fourth position, and then managed two better in Cornwall to finish second. Coxy has certainly shown that not competing on the PWA tour is no disadvantage, particularly when conditions like his home break in Bournemouth come through!

Last years champion Ben Proffitt looked dangerous throughout the year, taking two third positions and a fifth things did not come together quite as Proffitt would have wished this year. Still a stand out sailor in a variety of conditions Proffitt’s sailing is far from slowing down and we are sure he will be back with a vengeance next year.

It was again exceptionally tight for the final top spot, this time between the Gaastra/Tabou team mates Phil Horrocks and Jamie Hancock. Going into the final event in Cornwall Phil looked to be in a commanding position, but he knew as well as anyone that anything could happen. A very tricky draw for Phil saw him struggle to progress, whilst Jamie dominated his side of the draw. Regardless of draws we are sure all sailors agree, to win you have t beat everyone, and that’s exactly what Jamie did. Congratulations to all pro competitors this year and thank you for putting on a fantastic show. Before we look forward to the 2013 tour Boards catches up with the title winner himself:

Title you have won this year: British Wavesailing Champion

Why and when did you first start competing?

I grew up learning to windsurf with my Dad at Hill Head beach in Lee on the Solent. At the time there were loads of really good windsurfers around like Chris Audsley, Jack Hunt, James Cox and they had all been windsurfing longer; Chris was even competing on the world tour. I was loving windsurfing and wanted to be as good as them and the rest kind of followed by entering junior contests on the Isle of Wight.

How did you get involved with competition?

Not really. Just wanted to be good enough to sail reef breaks with my friends who were better than me.

Did you love competition straight away?

I liked the events and the people. Competition is something I was quite used to as I already had a sporting background. I played a lot of sports at school and also played squash for Hampshire and had previously travelled the country to some open junior contests. I think I made it to top 20 U19’s in the country when I was 14, that is what I did with most of my time until I got on the water and windsurfing.

What has helped you progress from learning how to compete to winning a title?

I’m not really sure. I have never had a problem competing. My problem is that I think I’m often too reserved in competition and fear mistakes more than going for it, that is something I’m going to work on.

I have been sponsored by Gaastra / Tabou for a eight to nine years and I love the brand, the people but mostly the products. They suit me really well and have never had a bad piece of equipment in all those years.

What is it about your set up in particular that you like?

I really like having two different types of sails, they give me something different and better options for whatever the conditions are. I really love the boards this year too. I have an 80 litre board which is my competition board and that really helps.

Who else would you recommend a set up like this?

Literally anybody that wanted to sail the conditions I do. I wouldn’t recommend it to my Dad because he likes blasting in the solent. The Tabou Da Curves have five fin slots so it allows anybody to have their favorite fin set up, I often change my K4fins around. The sails feel great too but I also know that equipment choice is mainly down to personal preference, what I use is good and I like it, but it can also be good and for people not to like it as much.

Check out the full Pro Quiver feature with Jamie here.

Cape Town. That is where the Gaastra / Tabou wave sails development and photoshoots take place so it works out really well. It is port tack and the whole tour is port tack so as a starboard tack sailor I try to be there for as long as possible each year. Ideally I would like to travel to New Zealand and Chile but financially it just isn’t possible.

I go to the gym quite a bit when I’m at home. I did play a lot of football but I picked up a couple of injuries and decided to give it a bit of a break.

What are your plans for winter?

I plan to be in Cape Town again.

Will you be sailing here in the UK too?

Ross Williams is back and also Timo is around. At them moment I have been on a few trips with JC and those guys. I absolutely love sailing in the UK, it is my favorite time of the year!  I may also head to Ireland before South Africa.

What are you aims for competitions in 2013?

To compete on the World and UK Tours. It looks like the former UK Wave Champion has been busy of late, with not one but FOUR updates to his blog taking you through... Spartan is a homegrown company, making windsurfing suits specifically for windsurfers. Boards finds out more from Spartan about how they operate, as well as sharing... It looks like the former UK Wave Champion has been busy of late, with not one but FOUR updates to his blog taking you through...

Spartan is a homegrown company, making windsurfing suits specifically for windsurfers. Boards finds out more from Spartan about how they operate, as well as sharing... 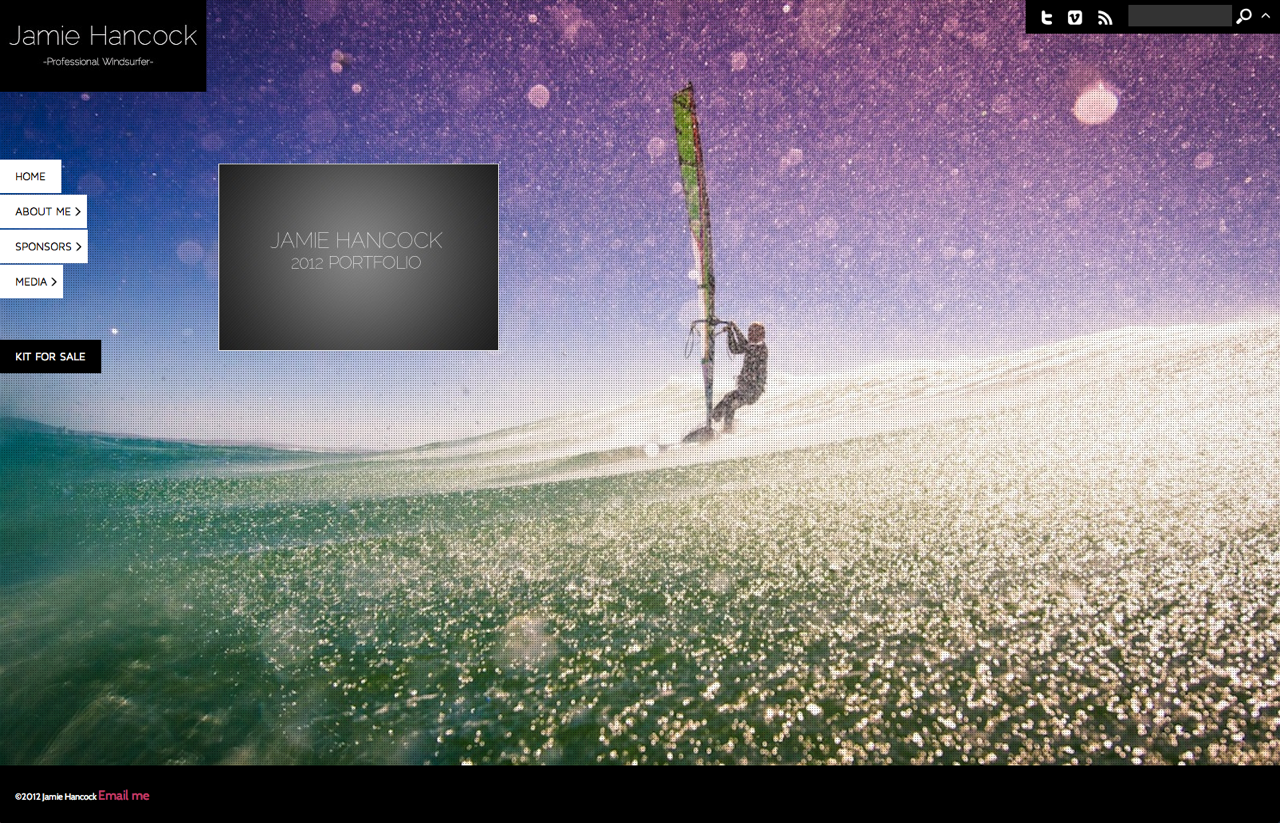 After his success on the BWA tour this year, Jamie Hancock  now launches his brand new website… “It’s been a long time coming but finally I...

The Wave Cult Quad is one of RRD‘s most successful boards, and in this short video John Skye shows exactly why… http://vimeo.com/53627105 RRD Cult Ltd V5 from...