Planning a trip for April to a warm and windy climate…..where to choose? We came up with a short list of Margarita, Essaouira in Morocco, Bahia Feliz in Gran Canaria and Pigeon Point in Tobago. But the thoughts of cocktails by the beach and the chilled out pace of life on Tobago, as well as the wind stats, made us head to the Carribean.

Click here for statistics on the venue courtesy of Sportif.

We looked for a charter flight, as we wanted to take our own equipment, and this meant we would be able to pay a flat fee of £50 per 32kg windsurfing bag. We ended up going with Excel Airways. Our flight out to Tobago landed first at Grenada , before flying on to Tobago. Consequently, our journey took about eleven hours. However, the return flight is direct from Tobago to London Gatwick, and took about eight hours.

Given our last minute decision to go to Tobago, and the fact that it coincided with the end of Easter holidays, we booked through Sportif, who arranged everything from charter flights and pre-booking of windsurf equipment for the flight, to transfer to the hotel including our windsurf equipment to the windsurf centre, World of Watersports at Pigeon Point. The transfer to the Conrado Hotel took only ten to fifteen minutes, and yet surprisingly, we never heard noise from the planes during the whole of our stay.

The trade winds hitting Pigeon Point, Tobago are generally north through to east which is starboard tack and during our stay we would estimate at between 11 to 23 knots. Most days the wind would have kicked in by 10:00am and be at its strongest between 11:30am to 1:00pm. It was noticeable that by 3:00pm to 4:00pm the wind would have decreased in strength, some days going quite light. During our stay, the wind was from the north-east (cross/cross on) through to east (cross-shore starboard tack) and there would be the occasional lull on runs in and out from the shore. We were told that northerlies were good clean wind, with no holes or lulls.

The trades at Pigeon Point blow from mid December to May, with April being one of the most reliable months.

We had 100% planing days during our stay. There was only one day when the time spent planing was only about two hours, the rest were in excess of three hours.

Tide: There is a tide/rip going from right to left giving wind with tide. It can be two or three knots, but if you do drift downwind the sea floor becomes shallower and it is easy to walk back to the beach.

What’s on the bottom?: The sea bottom is a mixture of sand and beds of seaweed. There is the occasional sea urchin in the beds of seaweed, and bits of broken off coral, which can be sharp.

Other water users: Flat bottom glass boats to take tourists into the bay, and then onto the reef. There were two or three kite surfers whilst we were there.

Suitability levels: Pigeon Point would appear to be an ideal location for families, couples or groups of differing abilities. Ideal for intermediates, freestylers and those wanting some chilled out wave action.

Pigeon point is mostly a flat-water location, but it is surrounded by a reef with breaking waves about one and a half miles out. Speaking to the locals, when the wind is from the north and the reef is working, you can get some really good wave sailing days, but this is more likely to occur between January and March. If you were lucky enough to encounter these conditions, it would still be advisable to get the low down from the locals, as you need to know the channels to go out through, and how the waves work. Note: the reef does go dry!

In the bay the water is very flat approaching the shore, and at low tide is fairly flat within the whole bay. At and around high tide the water can best be described as a short, sharp chop.

At low tide it is possible to stand in places at a considerable distance from the shore.

World of Water Sports, at Pigeon Point, is run by a very nice and helpful couple called Rick and Kim.

The smaller size sails (6m down to 4.2m) were all North 2005 Superstars and Instincts and were rigged on 75% carbon masts. The larger sizes (6.5m plus) were North Naturals, Disco’s and a few Tushingham sails.

Boards were in the larger sizes; Starboard carves (145-111), Mistral Explosions with the smaller boards being Mistral Radars, Syncro’s and a couple of wave boards. More freestyle boards and Mistral Syncro’s were to be added for next season (2006).

If you take your own kit there are storage racks for the boards and a covered area for sails to be left rigged out of the sun.

Go to www.worldofwatersports.com/pigeonpoint.html for more info.

We stayed at the Hotel Conrado because it was the closest to Pigeon Point (about a ten to fifteen minute walk to the windsurf centre and fifteen minutes walk to the nearest town). The hotel was basic and had a bit of a run down feel to it, although nicely situated (see video clip). Other accommodation is slightly further away, and you would require transport, either by hiring a bike, car or getting a taxi. Some hotels run mini-buses to Pigeon point.

Arthurs by the Sea: (however, this is not by the sea!) www.trinidad.net/arthurs

For lunch there are a couple of places out of the wind around the point on the tourist beach. The food is mostly geared to westerners with fast-food type joints. There is one near the pier, which as well as selling pizza, fish and chips etc, sells a well recommended Roti’s, either the chicken or potato. Pannini’s and some pre-made salads were also available.

Most evenings we strolled up to the village, which has a variety of restaurants, and a couple of takeaway type places.

Pelican Reef: Good, particularly the seafood, and had a nice ambience, but was probably one of the more expensive restaurants (£40 for two with drinks) and the portions maybe a little small after a good days windsurfing. Nice cocktails though!

Dillon’s Seafood Restaurant: Again good food, reasonable portions, and one of our preferred restaurants. About £35 for two with drinks.

Mumtaz Continental Restaurant: Don’t be fooled by the name, if you are missing your local curry house, this is the one for you. But be warned, even a mild curry is hot. About £25 for two with drinks.

Chefs BBQ: Situated on the corner of crossroads by a Pizza Boys take out, this was very popular with the locals. You select how much you want to go into your container, and it’s cheap. There is a seating area just outside with tables and chairs. About £6 to £8 for two.

Golden Star: They have a steel band playing at the restaurant on Wednesday and Saturday evenings (see video clip).

There is a small supermarket in the town where you can get snacks but trying to ‘eat in’ is nigh impossible.

There are a few nightclubs and bars around, but you will need to catch a taxi. Popular nightspots were Sunday School and the Cat & Fiddle. Although most locals are very friendly and are not threatening, it may be advisable not to go out alone.

There are plenty of other things to do apart from windsurfing, such as diving (this seemed a major activity), snorkelling, cycling, water skiing, jet bikes, rides in flat bottom glass boats out to the reefs, tours of the rain forest.

World of Watersports either run or can arrange many of these activities, just speak to Rick or Kim.

ON the WATER: If you see a flat bottom boat heading towards the windsurfing beach, keep out of their way as they can only use that one deep channel to get to the beach. The right of way is with them even according to local law!!

Clinics: Don’t forget that Jem Hall the windsurfing mentor master/comedian/ entertainer holds clinics in Tobago. Lucky guy! And if you want to find out when his clinics are visit www.jemhall.com.

It was a great place to chill and get some good, warm windsurfing after a winter in the UK. It also got us both into those freestyle tricks again… 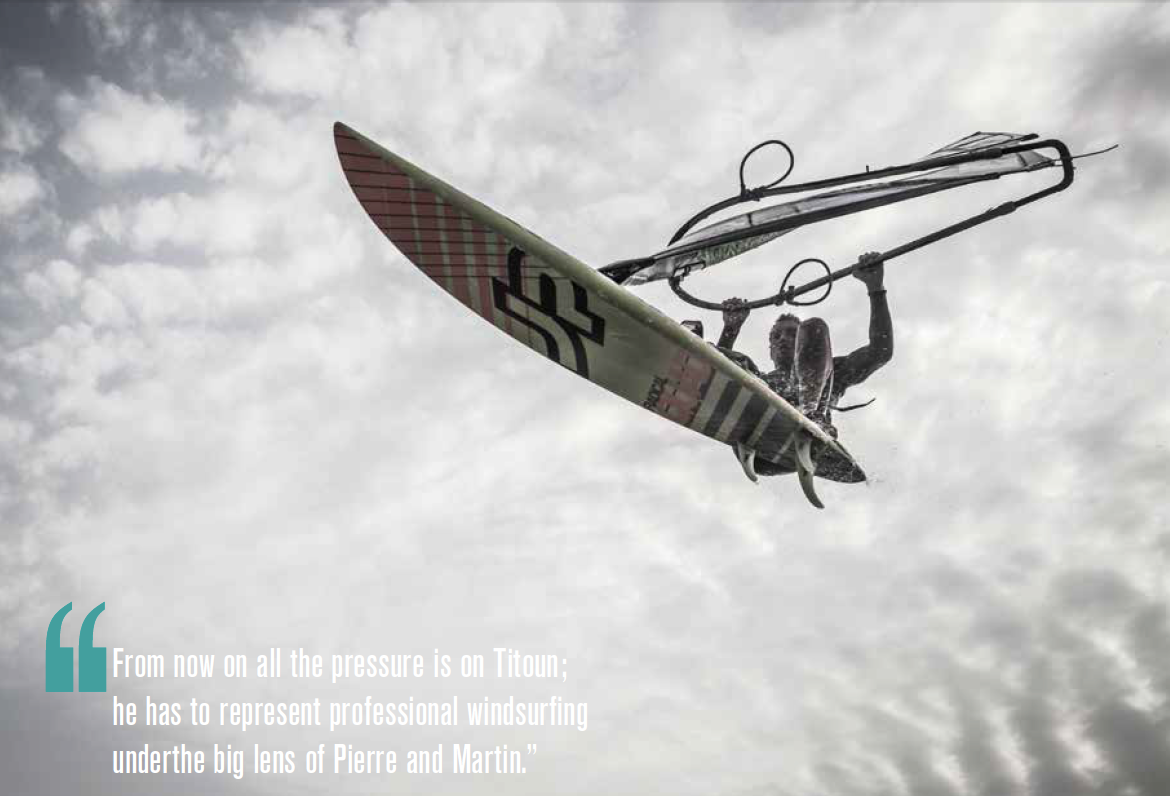 Planning a trip for April to a warm and windy climate…..where to choose? We came up with a short list of Margarita, Essaouira in Morocco,... That’s right, Guy Cribb, who is well known for his long distance feats is setting off on another adventure today. To mark the occasion we...

Planning a trip for April to a warm and windy climate…..where to choose? We came up with a short list of Margarita, Essaouira in Morocco,...

That’s right, Guy Cribb, who is well known for his long distance feats is setting off on another adventure today. To mark the occasion we... As the summer destinations heat up it is all about choosing your spot of choice… or perhaps even spots of choice, why settle with one? Here... 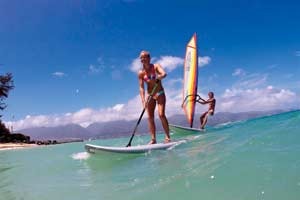 Where To Holiday This Summer

It’s cold, wet and a little miserable here in the UK, in our book that makes it the perfect time to look ahead to the...

Where To Holiday This Summer