As we reported here the other day, Sarah Bibby and Stef Hilder are now back from the first trip of their Dream Sabbatical (check out all their plans here!), and it looks and sounds like it was a trip to remember.

For an insight into the Matanzas conditions, which pros were ripping and Sarah’s time out there check out words below and video on page two (or click here):

“I spent 6 weeks training windsurfing and surfing in Matanzas, Chile with my boyfriend Stefan Hilder in November and December this year. Matanzas is a small village about 2.5 hours West of Santiago, with fairly consistent swell and wind. The place is relatively quiet during the weekdays, with locals and a few local windsurfers, but it seems to be growing in popularity with people from Santiago visiting at weekends, and the reputation of the area getting more well known amongst windsurfers, kiters and surfers across the World. In fact since my last visit 1.5 years ago, I could see much more development in the town in terms of the local shop and hotel and much more building and development of houses.

“I chose to train in Chile as I had previously spent a 3 week trip there in March, and absolutely loved the place and the conditions. The waves are much more powerful than the UK (the majority of the time), and it is a great place for port tack conditions, with spots varying from side on to cross-off. It was also great to have a chance to improve my surfing in hollow waves, (and also in front of rocks ha ha!). The conditions tended to go two ways: if it was sunny in the morning the wind would fill in around 12pm and build, producing 4.7m down to 3.4m weather depending on the day. If there wasn’t any wind forecast, it would often be overcast or sea fog would settle in, allowing nice glassy surfing (normally!). It is colder than I remembered though, the water temperature allows for a 5mm suit and I wore boots for surfing too, and it definitely isn’t shorts and t-shirt weather when its windy!

“The equipment I used most was my 69l Simmer Flywave board with K4 fins and probably my 4.2m Simmer Halo with NoLimitz mast. I have a smaller custom Puravida 58l board but the spots are really gusty and can be quite hard work on a small board. Surfing wise, I mostly used Stef’s 6’1” rounded pin board. My C-Skins wired 5.4.3mm suit and 6.5mm booties kept me nice and snug, (yes 6.5mm! I get cold toes…).

“It was a shame the PWA event didn’t happen there, it would have been a sick event to compete in or watch as the conditions there can be amazing. There is also a lot of local talent too who I am sure were waiting for their chance to shine. However, it may still happen next year and I hope to be a part of that! As the event got cancelled, most of the pros didn’t come in the end, which meant the waves were a whole lot less crowded with Victor Fernandez, Robby Swift, Klass Voget, Marcillo Browne, Alessio Stillrich, Adam Lewis and Leon Jamaer (and a few others) giving a good show. Everyone sailed really well, but I was quite impressed with Leon on one particular day. It was logo to mast cross-on 3.4 weather (for me) at Chorillos, and Leon had crashed and come in with a hurt foot after his first run. He waited about 20 minutes, then went back out again throwing massive stalled forwards, pushloops and backloops!

“I hope you enjoy the edit, I have tried to capture some of my CrossFit training before I left Plymouth, and combine it with the windsurfing as it has helped me massively in terms of fitness and strength. I would also like to thank my boyfriend Stefan Hilder for being the faithful camera man for this, which is always difficult when you both want to sail and you never manage to get the best of your sailing when you only video 10% of the time. It looks like I owe him some camera time in Australia!” 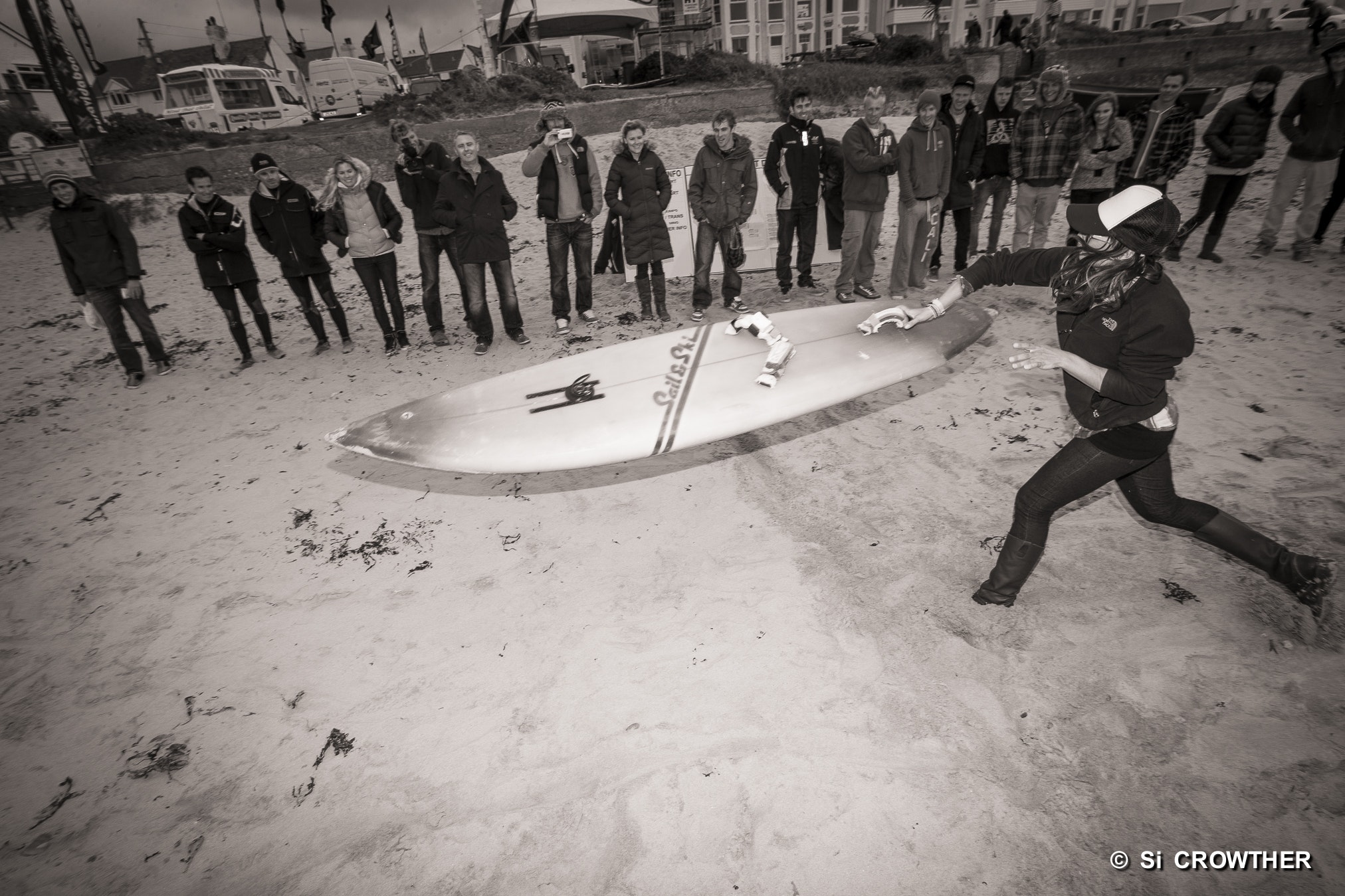 2013 was an incredible year on the BWA tour with some of the best conditions the UK has ever seen, for once, coinciding with events... The BWA announce the results for the 2013 UK Wave Constructors Championship: 2013 saw record-breaking attendance and some of the most challenging conditions ever seen on...