As tension builds before the opening event of the BWA tour, Ben Proffitt should be feeling the pressure. A strong group of sailors are nipping at his heels, eager to take down the reigning champion but is he ready for the challenge?

With some solid winter training behind him, and a surprise goal for the 2012 season, Proffitt seems rather more relaxed than he should be and definitely earns his place as May Rider of the Month.

Boards: When did you first consider yourself professional?

Proffitt: I would say 2004 after a 5th place in Pozo waves, and a couple of good freestyle results. That was probably when I got to the stage where I was making enough money to be classed as a pro…  but don’t get me wrong it was proper bread and water living!

Before that, from 1997 to 2000 I was part of the Olympic squad and training full time on one design, so I suppose this could be classed as being a professional too!

Boards: As the winner of the BWA tour for the last two years, we all know you’re capable of taking the top spot, but when was your first big UK win?

Proffitt: Technically, the first win was probably 1992 on a raceboard! The first big event win was the Freestyle Nationals in 2004.

Boards: You’ve been posting some pretty successful results on the PWA for a few years now, what has your best result been?

Proffitt: Funnily enough it was my first ever wave event, again Pozo in 2004! I finished 5th in the single, and then made it back up to 5th in the double. I was set to take on Nik Baker but the waves disappeared and we never finished the competition, leaving four of us equal 5th.

Proffitt: Winter was really good! For the first time, in a very long time I didn’t go to Cape Town. After six or seven years there, I went over to Western Australia. I got a lot of really great down the line sailing, maybe not as many full power jumping days as I would have liked, but from what I hear Cape Town didn’t have much of this either, so I don’t think I missed out too much!

I really wanted to work on my doubles and push loop forwards, but unfortunately as I said conditions didn’t exactly play ball, I am hoping to head out to Pozo pretty soon to make up for this though.

Boards: Not all of us have been to Rhosneigr or Brandon Bay, what can each location be like and what sort of sailing can we expect to see at each?

Proffitt:  A typical forecast for Rhossy is a south/south westerly, so this means cross on shore, port tack conditions. It’s a pretty friendly wave, not really a mast snapper, but still super fun for jumping and tricks on the wave. It is like a cross between Pozo and El Medano, when it’s good you can score loads of jumps on the way out, then on a wave you’re not going to score down the line riding. It’s more about nailing your moves.. so back side/frontside 360’s, takas, forwards off the lip etc. A total stunt fest!

Brandon Bay is such a big bay, it works in pretty much every wind directions, and can throw up a whole host of conditions. A good forecast would be south westerly, cross off shore with down the line riding and that’s definitely what I have my fingers crossed for, as it’s what I’ve been sailing in all winter. In these conditions it’s more about the wave riding, and you’re likely to see aerials, goiters and just pure, slick wave riding.

Boards:  After such success last year, do you think you’ve got what it takes to win the tour again?

Proffitt: Well I feel I am riding as well as, if not better than I ever have been. My wave riding is feeling really good, I’m even more comfortable on my gear and I know how far I can push it now. So I don’t see why not! But there is some really stiff competition and as with everything in life you also need a certain amount of luck. 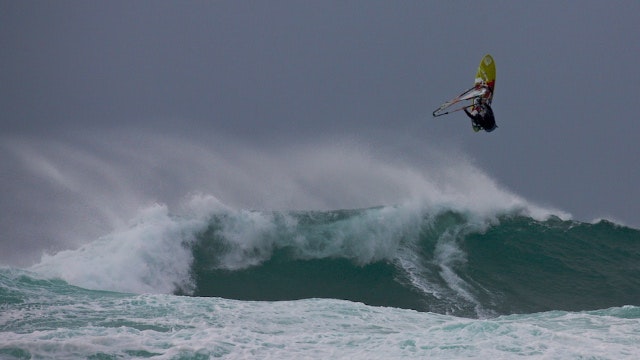 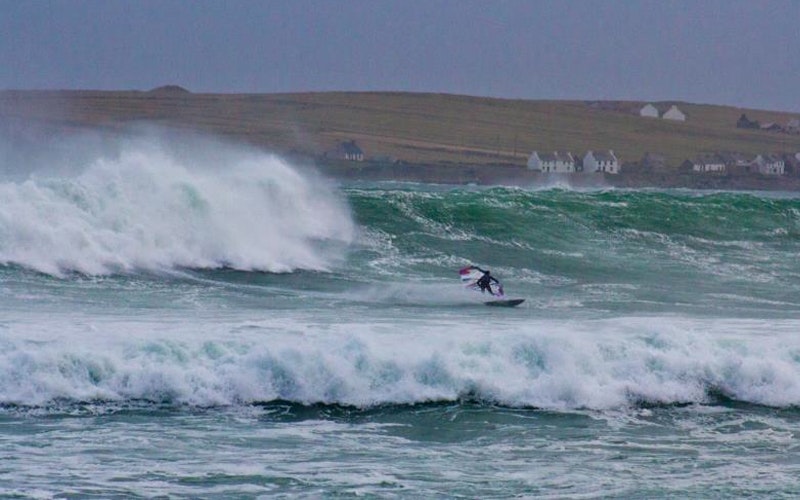 The first two stops on the BWA tour both delivered close fought competition, every sailor doing all they could to make it to the final. Whether...